There is a new adventure on the horizon of Black Desert Online! Today the land of the Ahib is finally being unveiled. Step into O'dyllita and discover the secrets of this new region: acquire new items, accessories and powerful armors! Face dangerous enemies and unfold the mysteries of Caphras, the Immortal Alchemist!

There is more to discover in O'dyllita, so keep reading to know all the details about this new region! Enjoy the new content and good luck in your future adventures!

Sightings of the Rich Merchant's Ring Piece have been witnessed around the lands. The following clues has been gathered from the rumors:

O'dyllita, the place where the desperate fights of the Ahibs who were driven out of Kamasylvia, the secret of O'dyllita, and the story of Caphras, the Immortal Alchemist, has finally revealed itself. Start your adventure in O'dyllita now!

The owners of O'dyllita, the Arid Land, who were veiled in secrecy for a long time, have finally revealed themselves.

Fallen Ahibs are wandering in the fog at Thornwood Forest, and the Turos have revealed themselves in Tunkuta following the Earth God Tunta's will. Strange Golems are making noises that reverberate through Olun's Valley, and the first Fallen Ahibs who bear the deepest darkness have awakened at the Crypt of Resting Thoughts.

Fallen God's Armor is the ultimate defense gear. It can be crafted by using PEN (V) defense gear but having the need to enhance it again made it feel as if it was a defense gear of a lower tier than PEN (V). We've tried to make Fallen God's Armor gear feel more powerful by adding the PEN (V) icon at all enhancement levels and added a new naming pattern to illustrate its greatness.

*If you equip Blackstar Helmet with Blackstar Armor, you will receive a Blackstar-exclusive set effect. 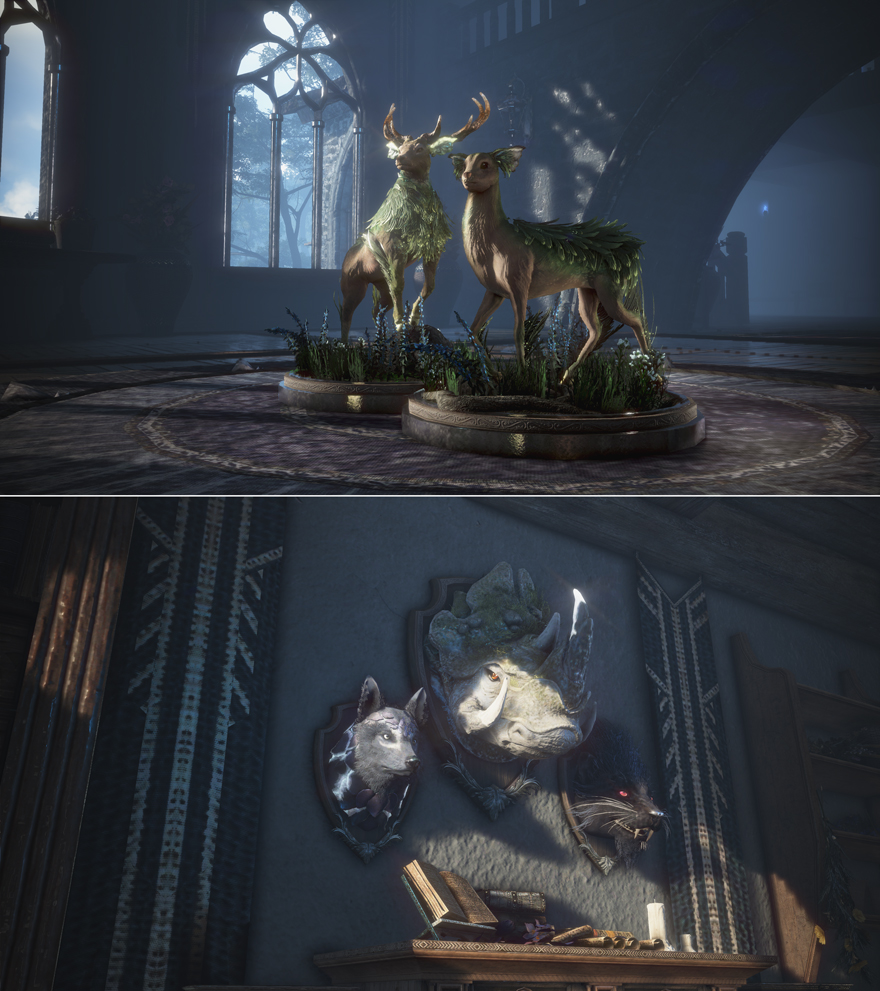 New Hunting monsters have made the southern fields of O’dyllita, Narcion, their home. And from them, you can obtain the new item, Breath of Narcion, with which you can make a higher tier Matchlock. Also, when you complete the new Hunting quest line, you can learn new actions allowing you to use the Matchlock much more quickly than before.

The stuffed furniture received from Hunting in Narcion will initially give you 1 hour buffs, but upgrading them will boost the duration of the buff to 3 hours. Upgrades to stuffed furniture from other regions will be added later on.

You didn’t think a wall decoration made with Blue Whale items would be small, did you? We recommend you put this on the wall of big houses in Grána.