As Black Desert has been on our adventure together with our Adventurers for a long time, there has been numerous items added into the world of Black Desert through the weekly updates. Therefore, this made it difficult for new Adventurers that are starting out to figure out what the items were for and whether or not they should it them or use them. So, we will strive to improve the item descriptions so that it is easier for new Adventurers to decide if they want to keep, collect, or use them.
● Improved the item descriptions of 316 items. It will clearly state how they can be obtained and what they are used for.
- More items have their descriptions improved in future updates.
- You can see the full list of items that had their descriptions improved below.

Black Stones, Memory Fragments, Hunter's Seals, Gold Bars, Node/Conquest War items, and many more items would naturally pile up in our Adventurer's Inventory and take up a significant amount of weight. However, this will be changed as 344 items had their weight reduced. We hope this will help our Adventurers take off on their adventures, lighter than before.
● Decreased the weights of Gold Bars, Seals, Black Stones, and other stackable items (a total of 344 items).
- You can see the full list of items that have their weight reduced below.
Enhancement Materials
Durability Recovery Items
Pets & Fairy Items
Horse Capturing Items
Seals
Hunting Items
Crystal Materials
Gold Bars
Explosives
Guild Supplies
Others

● Prime: Tearing Arrow - Changed to fire the remaining arrows when stamina runs out while charging.
● Black Spirit: Elven Rage - Fixed the issue where the skill activated while it was toggled.

● Changed the following to Tiger Blade:
- Changed the area of Attack 1 to match the area hit with the blade.
- Fixed the issue where Prime: Gale skill damage was not applied.

● Blooming - Added to the Skill Guide.
● Black Spirit: Maehwa: Decapitation - Fixed the awkward text about the number of hits.

● Wave Orb - Fixed the issue where the CC effect did not match the skill description.

● Flow: Low Blow - Fixed the issue where the Down Smash on the skill was not being applied.

● Changed the item "Shattered Dragon's Malice" made with the skill Ceaseless Vengeance.
- Removed the expiration on the item, making it permanently storable.
- Multiples of the item can be stacked on a single slot.
● Black Spirit: Blazing Strike - Made the following changes:
- Increased her movement speed during the huge lightning strikes.
- Attack 2 hits were reduced from 10 to 3 hits.
- Attack 3 hits were increased from max 16 hits to max 30 hits.
- Changed Attack 3 so that a smaller lightning will strike at enemies nearby after the huge lightning strikes.
● Dragon's Advance - Fixed the issue where the Movement Speed effect would not be applied in certain situations.
● Skewer - Fixed the issue where the skill would activate twice when used after Refraction, Flow: Markthanan's Wings that was used during Markthanan's Flourish, Eviscerate, or Brimbolt Strike.
● Skewer - Fixed the issue where the skill would activate slower in a combo when the slayer was in her left hand than her right hand.
● Fixed the issue where Drakania would not be targeted by monsters when she summons her Black Spirit in certain situations.
● Fixed the issue where Drakania's neck would appear abnormal in certain positions. 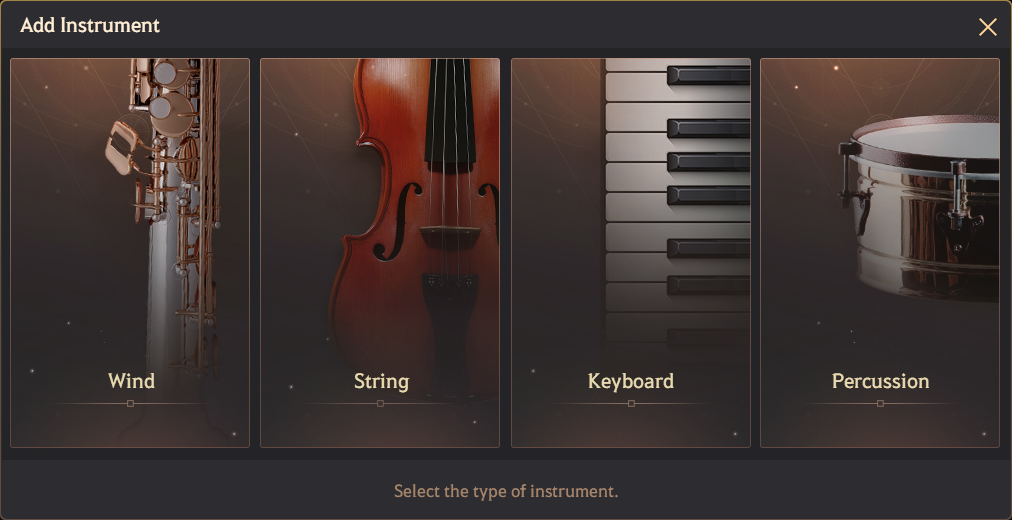 ● Improved the pop-ups for the notes in the Compose/Score window that appear after they're clicked to now close when clicked again.
● Improved the list of instruments displayed on the left side of the Compose/Score window.
- The list will no longer display all the available instruments.
- You will be able to add instruments by selecting the "Add Instrument" button on the bottom left corner.
- Only the instruments added via "Add Instrument" button and instruments with notes on the score will be displayed in the list.
● Improved on the issue where it appeared that the last edit done on the maximized Compose window did not get applied.
● Made the following changes to "How to Get a Powerful Accessory 2" on the Season Pass:
- Changed the objective to complete "How to Get a Powerful Accessory 2" on the Season Pass will be changed to "[Season] Old Moon Guild Special Monster Mission" or "Old Moon Guild Subjugation Request - All Regions".
- Changed the "[Season] Old Moon Guild Special Monster Mission" quest to be displayed at the top of the list when talking to Jetina if the reward for "Leveling Up, One Step at a Time! 10" was collected.
● Adjusted the numbers of the Max HP effect, the buff given to losing team, and the minimum AP/Accuracy/Damage Reduction given to characters participating in Red Battlefield.

● Changed the following for Gyfin Rhasia Temple (Underground):
- Increased the area in which you can receive notifications when the Butcher of Gyfin Rhasia spawns.
- The visual effects that displayed the area to receive and maintain buffs after defeating the "Anger," "Denial," and "Resolve" Ancient Stone Statues were improved to match the actual area in which you can receive the buffs.
● The following improvements will be applied to the Jade Starlight Forest of the Mountain of Eternal Winter region:
- Unstable Jade-lit Breath started to appear when you defeat Jade Lamps, Okjinsini Totems, and Traditional Okjinsini Braziers.
- Unstable Jade-lit Breath will cause an explosion when a lot of shock is inflicted.
- Alleviated the difficulty level of the [Daily] Plucking Beards quest.

● Added a feature that displays the quantity of mounts checked in Stables of other regions when transporting a mount.
● Added text regarding information on how the accumulated skill change points and history of using the Skill Selection Coupon will reset upon successful Dream Horse Awakening and Mythical Awakening on the Courser Training and Mythical Awakening UIs.
● Fixed the issue where it seemed like the accumulated skill change points didn't reset upon successful Dream Horse Awakening with a Tier 8 Courser.

● Improved and changed the following for the Mountain of Eternal Winter main questline:
- The issue where you couldn't navigate to the NPC to accept the [Everfrost] Wrapping Up quest after forfeiting the quest was fixed.
- The issue where you couldn't see the NPCs after the cutscene for [Everfrost] Den of Barbarians ended was fixed.
- The issue where the audio and lines weren't synced for the [Everfrost] Unintended Mistake quest with your Drakania was fixed.
- The name of the "Lando's Hunting Matchlock" for part of the main questline was changed to "Lando's Matchlock."
- Some typos in the main questline were fixed.
● Fixed some typos in quests, NPC dialogues, Exploration Knowledges, and NPC Knowledges for the Mountain of Eternal Winter.
● Fixed the issue where the following quests, which cannot be accepted and completed by Adventurers who've started at the Mountain of Eternal Winter, were displayed on the Suggested tab of the Quests window.
- [Awakening] Awakening of the Black Spirit, [ADV Support] Let's See Some Skills!, [Lv. 13 Serendia] Servant of Darkness appears in a farm, [Lv. 20 Glish] Donatt's Journal, and [Lv. 50 Calpheon] The Monarch of Darkness
● Changed the quest requirements and quest title that provides guidance in starting the [Everfrost] main questline that was displayed to Adventurers who have not completed the Sycrakea main questline.

● Improved your mouse cursor to also be activated when opening the Exit window from the Character Selection window by pressing ESC during a cutscene.
● Members of the Old Moon Guild have removed the giant reef that ran many ships aground at Al Halam Sea.

● Improved to whisper to the most recently whispered-to Adventurer when replying to whispers by entering "/r."
● Improved so that the following categories are applied to Custom Settings:
- Fairy Volume
- Nearby Music
● Improved the volume of cutscenes to be adjustable via Settings.

● Improved to display a more detailed item description when hovering your mouse over the rewards on the spaces in Black Spirit's Adventure.
● Improved to directly move to My Gallery when uploading photos in the Photo Gallery.

● Improved the UIs of the pages displaying posts on Notices, Community, Beauty Album, Photo Gallery, etc. on the Black Desert official website.
● Improved the login history to load more quickly.
● Fixed the issue where the class icons on the Adventurer page would appear abnormal under certain circumstances.
● Improved the issue where the menu and language change icons would overlap, according to the change in the direction of the screen when using certain browsers with iOS.