● Changed the descriptions of the following skills to mention the correct skills that cannot be learned after learning one of them:
- Core: Equilibrium Break
- Core: Fissure Wave
- Core: Detonative Flow
- Core: Thunder Storm

● Changed the descriptions of the following skills to mention the correct skills that cannot be learned after learning one of them:
- Core: Aqua Jail Explosion
- Core: Chilling Wave
- Core: Water Sphere
- Core: Bolide of Destruction

● Charged Stub Arrow - Fixed the issue where the arrow appeared abnormal when comboing with other skills.

● Charged Stub Arrow - Fixed the issue where the arrow appeared abnormal when comboing with other skills.

● Ninjutsu: Shadow Stomp I-IV, Absolute: Shadow Stomp - Fixed the issue where Awakening skills could not be used after pressing space bar when having comboed the skills with Flashing Light.
● Ninjutsu: Oni Shadow - Fixed the issue where using Ghost Step from a quick slot while using the skill causes you to get out of stealth.
● Shuriken: Moon Dive - Removed the following line about comboing with Ghost Step.
- "When using Ghost Step while maintaining the effect of being invisible to enemies, the character's state will convert to Concealment."

● Ninjutsu: Oni Shadow - Fixed the issue where using Ghost Step from a quick slot while using the skill cause you to get out of stealth.

● We're Gonna Win! - Fixed the issue where the following effects of the skills listed below were not being applied after using the skill.

● Flow: Condemnation - Fixed the issue where you couldn't combo into the skill if Core: Collapse was learned.

● To commemorate the Heidel Ball, all Adventurers will receive the "Burning Moon Tail" item from June 20.
- You can obtain this item from the Challenge (Y) window, and more details about it shall be revealed during the Heidel Ball on June 19, 2021. 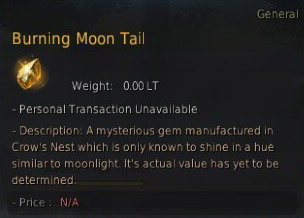 ● Changed the deletion date on the description of "J's Hammer of Loyalty" from June 16, 2021 maintenance to June 23, 2021 maintenance.
● Added the High Wind, Windy, and Draughty Trophies. These trophies are only awarded to the best riders of the Grand Prix, and can be exchanged for Gold, Silver, and Bronze Trophies, respectively.
- You will need the following items to exchange for these trophies from Gula at the Stonetail Horse Ranch:
- The special function of each trophy is as follows: 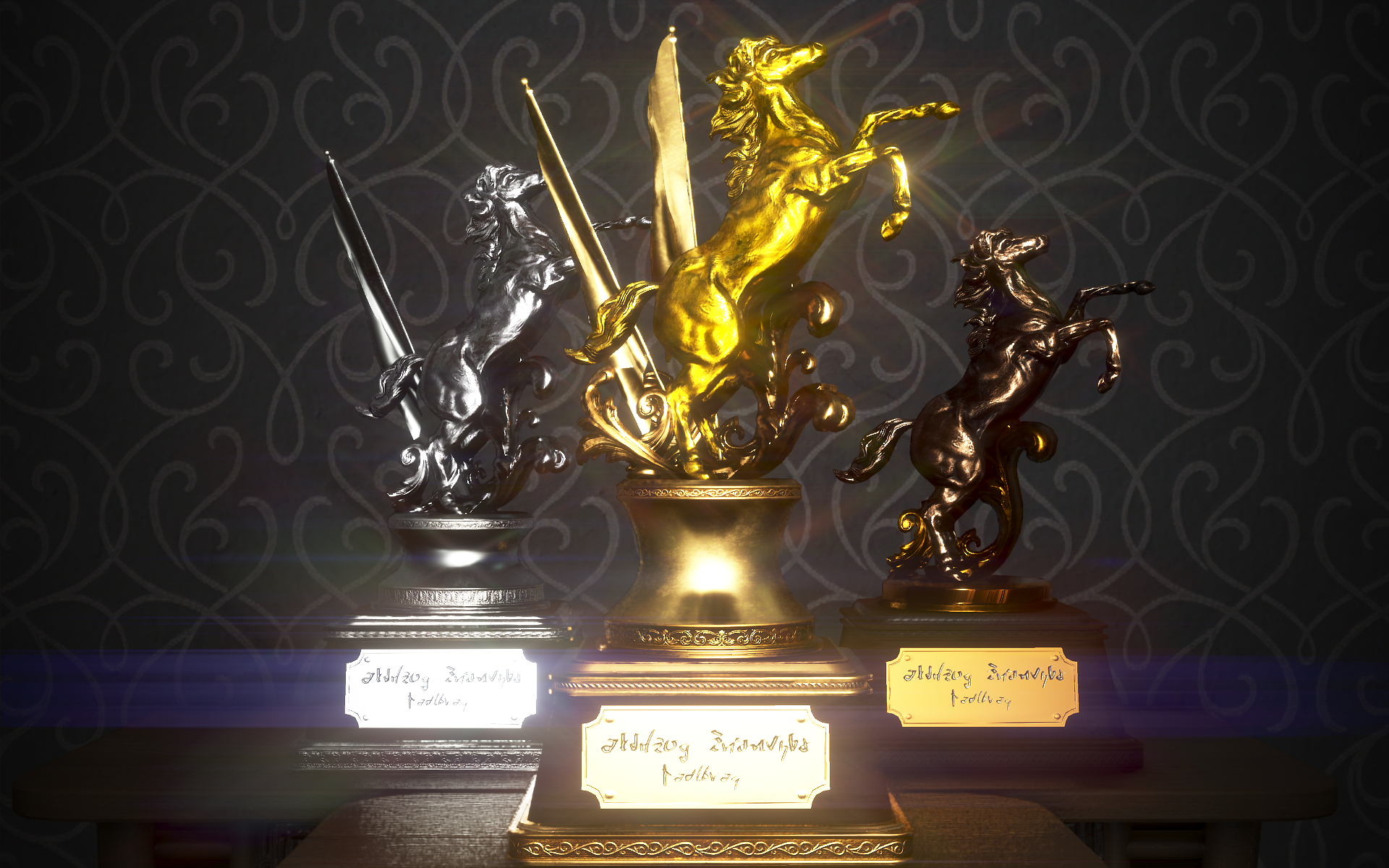 ● Fixed the issue where installing an Elephant Trap in an area where annexes could not be installed during a Node/Conquest War would prevent you from installing annexes in that area.
● Changed Venom Trap and [Guild] Venom Trap to no longer stack but refresh the duration of the effect as follows:

● Fixed the issue where Voice-over, Sound Effect, and other in-game sounds could not be heard.

● Added a “Cheer” functionality to all types of the Golden Bell (including the Pearl Shop version) that will allow Adventurers to express their thanks to the Adventurer who activated the Golden Bell. 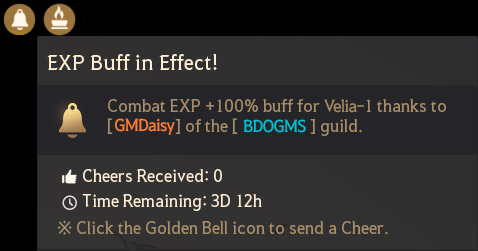 ● Added a pop-up warning saying that the Value Pack buff is going to expire if the listing time goes over the buff duration.
● Changed the in-game loading image to the Heidel Ball.
● Changed items with long names listed in the Central Market to now display in 2 lines.

● Changed the outfit preview in the Pearl Shop (F3) to display the visor closed when switching between normal/combat stance.

● Improved the website to now download wallpaper images by holding the image on iOS.
● Improved the official website's UI when viewed in tablet mode.
● Improved the search conditions for Camping Grounds - Adventurer/Guild as follows:
- You can now search for Adventurers and Guilds from 2 letters or more.
- You cannot search with special characters excluding the "_" sign.
● Changed the Steam additional info page to now reset the day to 1 when attempting to change the year and/or month of your birth.
● Changed the Steam additional info page to now reject incorrect dates of birth.
● The Free Trial period will be changed from 30 to 7 days after June 23 (Wed) maintenance.