● Added text that reveals the success rate of preventing an accessory from dropping in enhancement grade when using Cron Stones.
- Now when you use Cron Stones and fail to successfully enhance an accessory, you'll have a 60% chance for your accessory to retain its enhancement level, or 40% chance to see it drop. 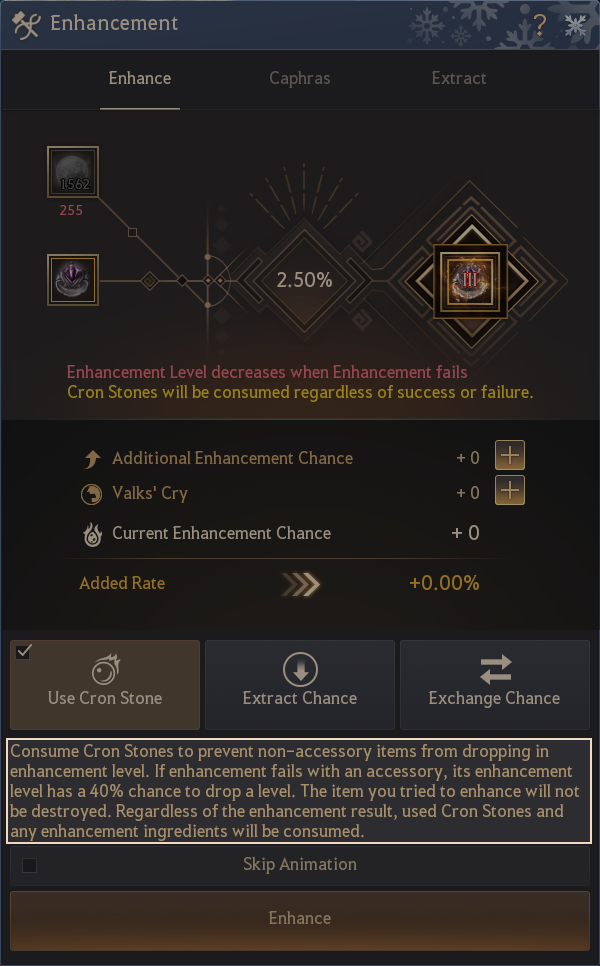 ● Changed the maximum number of residences you can purchase as follows.

● Changed the way summoning works with the Ibedor's Scroll.
* The summon scrolls can still be used in the old method of simply summoning a boss by using a scroll. 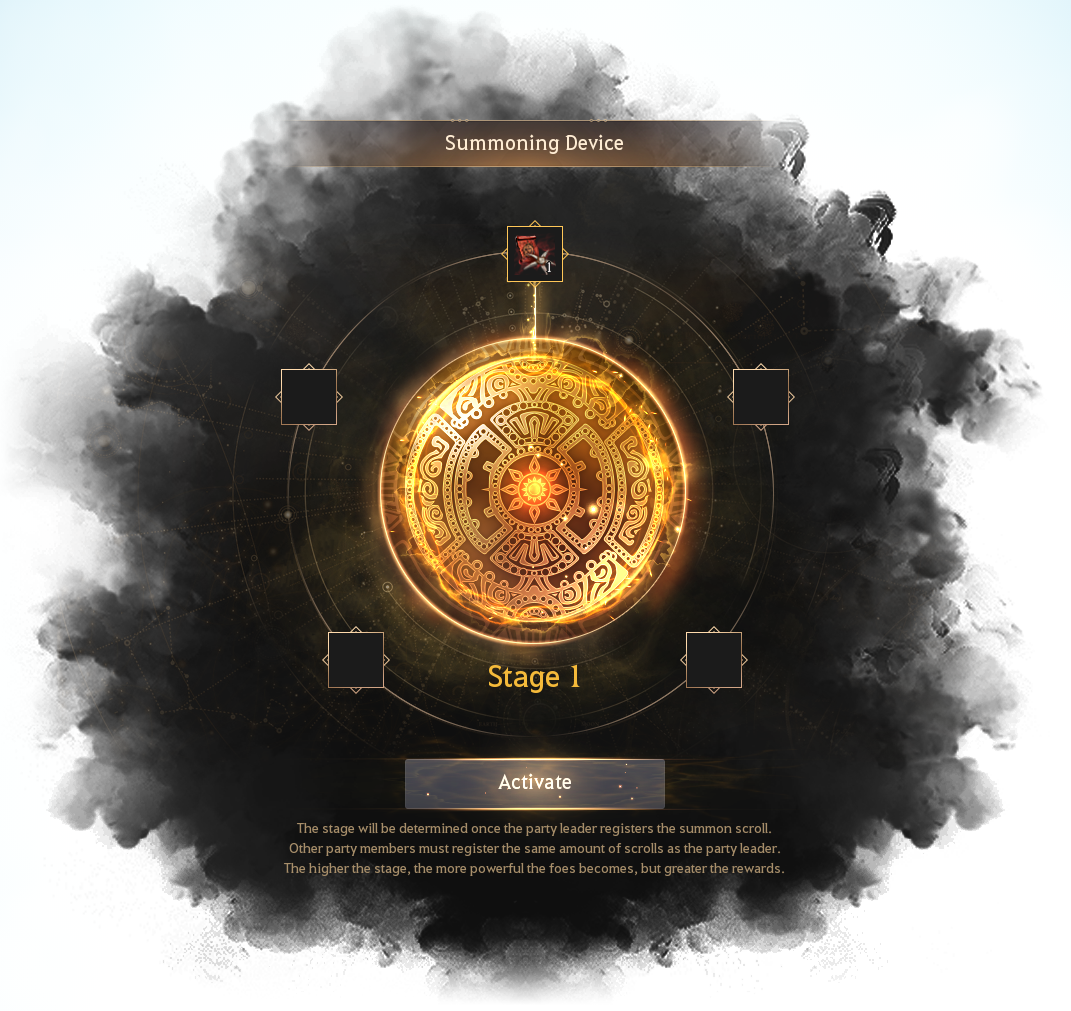 The update, which increased the number of zones that dropped Caphras Stones, also increased the amount of stones you could obtain from PvE content, which unfortunately made the Venomous Night Fang (Ibedor's Scroll) obtainable from the O'dyllita territory somewhat less appealing than before. To reinforce the original design of this summon scroll as a primary means of acquiring Caphras Stones, we improved it with an update similar to that of the Ancient Relic Crystal Summon Scroll. However, since Ibedor's Scroll summons powerful bosses fitting of the territory of O'dyllita, we felt any stage higher than one would feel too burdensome for our Adventurers. While limited to just one stage, having an entire party summon these mighty foes will guarantee a quicker end to this heroic ordeal, and thus, a faster means to reap the rewards.
● Changed the design of the Yar! invite window.
- Now when you select a mode, you will also be able to see information on the types of hands that will be in play.
- Each game mode now has its own unique background image to accompany the different difficulty levels and descriptions.

● Slightly moved the location of the text in the middle of the Yar! board.
● Adjusted the dialog text of Yar! NPC opponents to no longer touch the outer margins of the speech bubbles.

● Changed certain quests in the Elvia Realm.
- Fixed the issue where the "[Elvia] Elvia Realm: Dark Knights and the Ahib" quest wouldn't appear in your Suggested tab in the Quests window if you had already completed the quest with a different class.

● Added a new UI theme befitting the winter season.
- When you log in for the first time, you will see a pop-up suggesting you switch to the new UI theme. 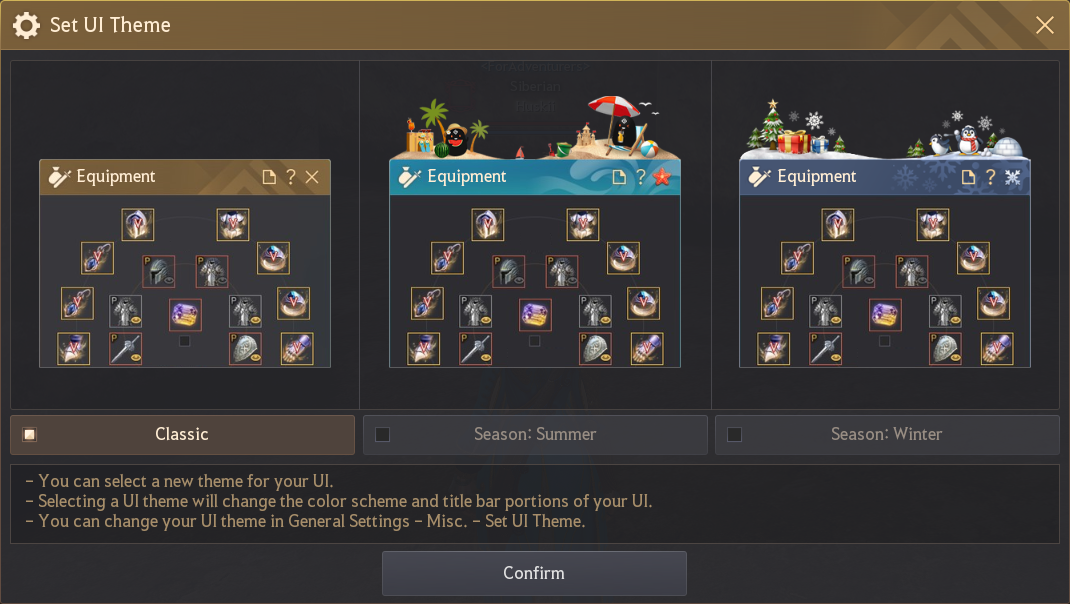 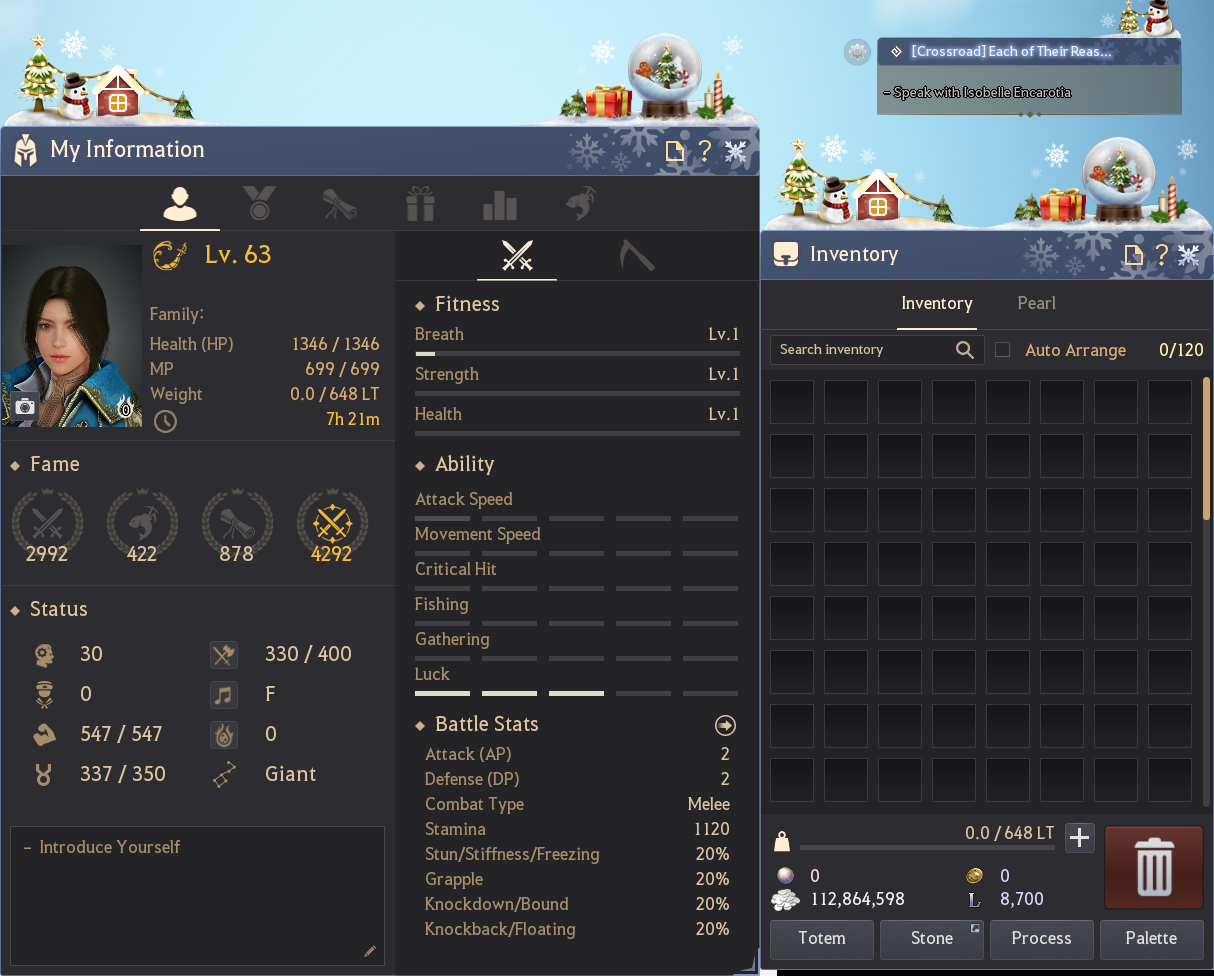 ● Added info regarding appearances by mount tier when checking your horse's mount information.
- The appearance info will be displayed as a breed number depending on the appearance of the relevant horse within its tier.
* However, certain horses with fixed Lv. 1 skills do not have appearance info. 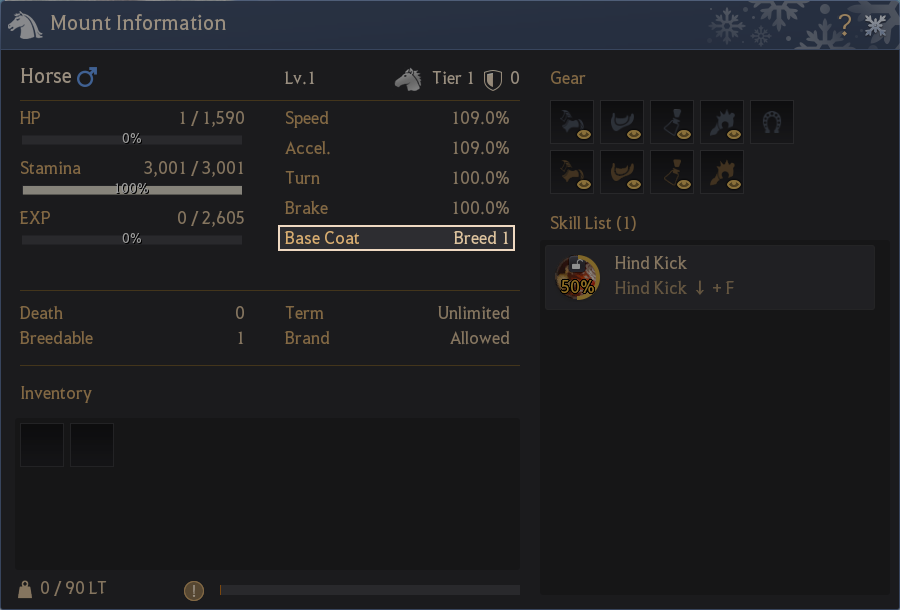 ● Improved so that you can set the number of Old Moon Boss Seals you want to exchange for the following items.
- Ancient Spirit Dust x20
- Magical Shard x3
- Marni's Unstable Fuel x2
● Changed the TIP text color on the bottom left of the ingame screen to yellow.

● Added and changed more details on the item description of the following items sold on the Pearl Shop (F3).

● Changed the item description of Fertile Oil-Rich Soil that guided Adventurers to Keplan to Calpheon.