Pearl Abyss is proud to present the latest update details for February 24, 2021 (Wed).

This is Jae-Hee Kim, the Executive Producer of Black Desert Online.

Starting today, Black Desert Online is now self-published by Pearl Abyss. It’s been five years since our first adventure took off in North America and Europe on March 3rd, 2016. And it’s a unique feeling, looking back on those five years which bring forth so many memories. Memories of worry, apprehension, and excitement all jumbled together as we prepared for our first service, and even memories of my pounding heartbeat as the anticipation grew for the start of service...

At that time, there were many things that fell short of expectation and many things that were quite troublesome. But thanks to support from our loyal Adventurers, we’ve been able to grow into a stable and sustainable game, giving us the chance to gain a great deal of confidence. Directly servicing Black Desert Online for North America and Europe holds special meaning for us. Because no matter how you look at it, being able to proudly introduce a game developed in Asia—South Korea no less—to North America and Europe is no easy feat.

2016’s first meeting with many Adventurers at Gamescom; 2017’s fun and interesting Adventurer Story Contest; 2018’s Costume Contest (it took a while, but we finally released the Corvicanus outfit.

and TwitchCon; 2019’s Korea G-Star Arena Tournament... and of course, even the three years of Mysteries of Summer... It feels like there’s been many big and small, happy memories during those frantic five years.

As an MMORPG, we’ve been selected as the best MMO by various media outlets and maintained growing concurrent player numbers that even surpass our records from the early days of service thanks to the support of our North American and European Adventurers. But above all, I believe that the most valuable achievement has been the amazing amount of love Adventurers have shown us during the past five years. Thank you for believing in us. I’ve always really wanted to say this. And that is we believe there’s only one thing we need to do: repay the trust you’ve given us.

With Pearl Abyss servicing Black Desert worldwide, encompassing South Korea, Japan, Russia, Taiwan/Hong Kong/Macau, Turkey & MENA, Thailand, and Southeast Asia, we built up a lot of experience and leveled up our operational know-how. Using this experience, we’ll do our best to continue a better and more enjoyable service. Additionally, I believe the reason why Black Desert Online has enjoyed so much love so far is because we’ve poured our hearts into making and improving this game. Everyone that’s part of the Black Desert Studio, which includes me, promises to always upload this belief.

I look forward to spending the next ten, twenty, and many more years to come alongside our Adventurers in Black Desert Online.

And of course, welcome to your next adventures with Pearl Abyss.

Oh, one last thing. It might not be much, but as a token of our appreciation, we’ll be giving fifty Artisan's Memory to all our Adventurers.

▲ The 'Strong Sword' font was designed using the motif of a powerful sword.

▲ The font is much easier to read thanks to its sleek design!

- Go to General Settings → Quality of Life, then select the new font 'Strong Sword' to apply it to the game.
- The 'Strong Sword' font will be set as the default for new Adventurers. 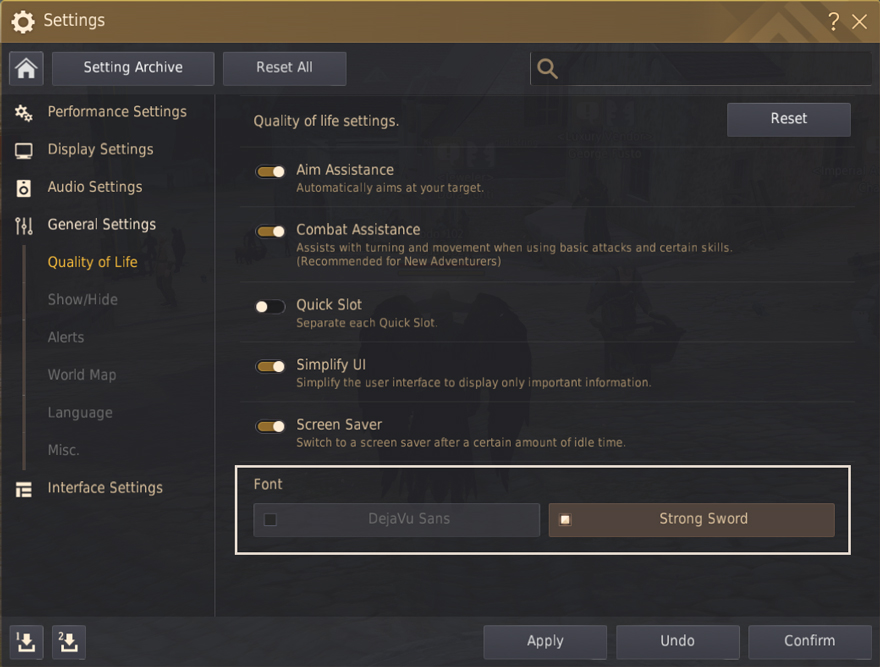 ● Added the OTP and PC Registration service to better protect our Adventurers' information.

* What is OTP?
OTP stands for 'One Time Password.' You can think of it as a 'password that only gets used once.' It is a randomly generated password that can only be used to login once. OTP is designed to reduce the risk of exposing your account to dangers, especially when you're using the same password across multiple accounts. It may be slightly inconvenient when logging in, but it is a great way to keep your account safe!

* What does PC Registration mean?
PC registration allows you to designate the PCs that can login to your Black Desert Online account. So by registering a PC, you will be able to make your account extra safe!
Up to 5 PCs can be registered, and you can designate and change the registered PCs through the Black Desert launcher.
- Adventurers that set up OTP or PC registration on their accounts will get an Item Drop Rate +5% buff with unlimited duration.
* For more information about OTP settings, please refer to the [Black Desert Online Security Campaign].

● Added visual and sound effects to Core skills.
We received a lot of feedback from our Adventurers requesting noticeable effects for the Core skills ever since our previous patch. So, we've finally made improvements by adding visual effects and sounds to the skills in this update. Please continue to send us your feedback and help us improve the game.
● Improved Defense Icons to be displayed even when the character is stealthed.
- However, you will only be able to see your own Defense Icons in Battle Arena, and opponent's Defense Icons will not appear like before.
● Fixed the issue where javelin throw's damage wasn't being applied correctly while seated on the back seat of the guild elephant.
● Fixed the issue where the knockback effect from leveling up wasn't applying damage correctly.

● Dusk Slash - Fixed the issue where using the skill while Prime: Scars of Dusk's All DP Increase effect was applied wouldn't refresh the effect's duration.

● Roaring - Fixed the issue where Heilang would sometimes not disappear after using the skill while mounted.

● Fixed the issue where the 'Rage Absorption' buff effect wasn't being applied correctly when used during certain skills.

● Fixed the issue where throwing the Kunai while moving to the left wasn't applying damage on the last hit while having learned Kunai: Paralysis I and Absolute: Kunai Throw.

● Drastic Measure - Fixed the issue where the skill's Super Armor effect and fully charged damage weren't being applied correctly when used after certain skills while in Asura state.
● Asura - Fixed the skill's description to better reflect its actual effects.

● Shadow Strike - Fixed the issue where using the skill while quickly spinning the camera would sometimes not apply damage correctly.

● Omua's Aura - Improved the skill so you can now lock it.

It has been around 2 years since the initial release of Bartali's Adventure Log. The adventure logs were originally designed to help adventurers progress their characters through the world of Black Desert, but now it seems to be more of a burden as the number of adventure logs have increased. Therefore, we have decided to adjust the difficulty, convenience, and accessibility of the logs. We will continue to listen to our adventurers' voices and work on improving the adventure logs even further.
● Mysterious vibrations have been reported to go off simultaneously from within certain chapters of currently-known adventure logs. Apparently, this has caused some change within the contents of certain adventure logs as well.
* Bartali's Adventure Log
- Volume 8 Chapter 5: Added details important for completing the chapter to the text.
- Volume 10 Chapter 5: Changed 'Show TRI: Asula's Crimson Eye Necklace to Ekta' to 'Equip a TRI (III) or higher Asula's Accessory'.

● Changed some of Stormbringer Karanda's skills.
- Reduced her max attack range from 35 meters to 30 meters when she is preparing to take flight
● Fixed the issue where monsters weren't attacking correctly in Sycraia Underwater Ruins (Abyssal Zone).
● Fixed the issue where you could sometimes get stuck to Freshwater Crocodiles at Lake Kaia.
● Fixed the issue where some Cox Pirates would get stuck or bunch up in certain parts of Padix Island.
● Fixed the Kratuga Ancient Ruins' alarm so once a detected adventurer leaves the hunting grounds, the alarm will end after 10 seconds of searching for new adventurers.
● Fixed the issue in the Pit of the Undying so you can now accept the third quest of the series regardless of whether you have defeated Yulho, who had a chance to appear after the second duel quest.

● Hans of Velia is offering to restore some Naval Fame to Adventurers who bring him some supplies hidden at the Coastal Cave.
- You can recover a set amount of Naval Fame by helping Hans with the quest ‘[Repeat] Hidden Item’.
● Added 3 'Rovinia's Supplies' daily quests to earn additional Sailing EXP.
- You can accept these quests from Rovinia in Velia, from which you can only choose 1 of the 3 quests to complete for the day.
- To accept these quests, you must have completed 'Jarette's Support' from the Suggested (O) – 'Oquilla's Eye' questline.
- These quests require you to deliver the supplies within the time limit.
- Delivering the supplies within the time limit will award you with some Sailing EXP and Crow Coins.
- The amount of Sailing EXP awarded differs based on the quest.
- These quests reset every day at midnight.

● Added extra quests that can occur while sailing.
- Shilly is waiting for emergency supplies to be delivered to Pirate Island.
- Deliver the supplies to the Pirate Island within the time limit and you will be awarded with a large amount of Sailing EXP and Crow Coins.

* Information About Saved UIs
- Adventurers who accessed the game at least once before the game data transfer maintenance on Feb. 24 will keep their Edited/Saved UI that they previously configured.
- However, Adventurers who installed a new client or changed their PC during this process can use [Download] in the Set → Settings Archive to apply their previously used UI settings. (you may see a message that says “Save Failed” upon your first login. Don’t be alarmed as you can use your Settings Archive to use your original UI settings. 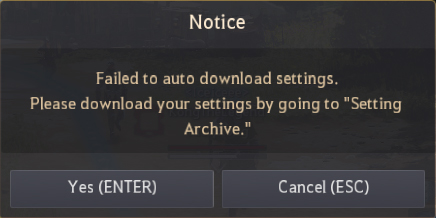 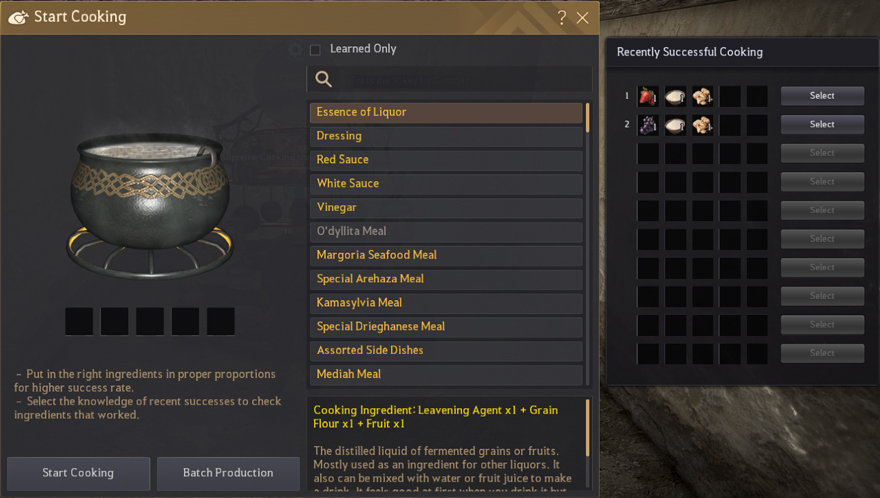 ● Improved the UI to display the durability of the tool while cooking/performing alchemy. 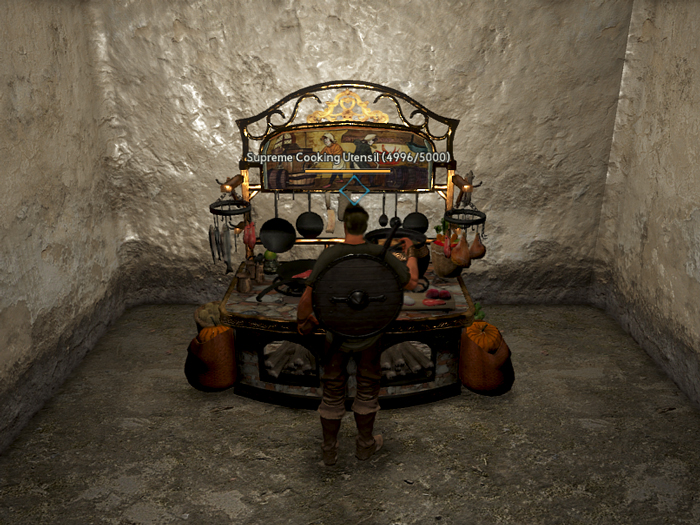 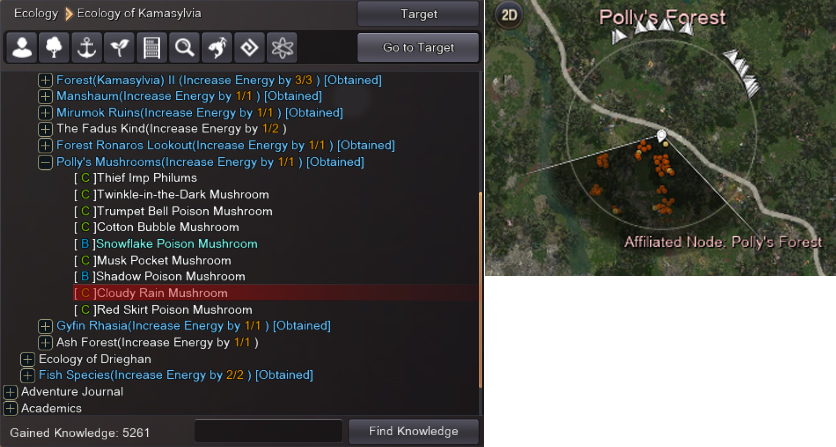 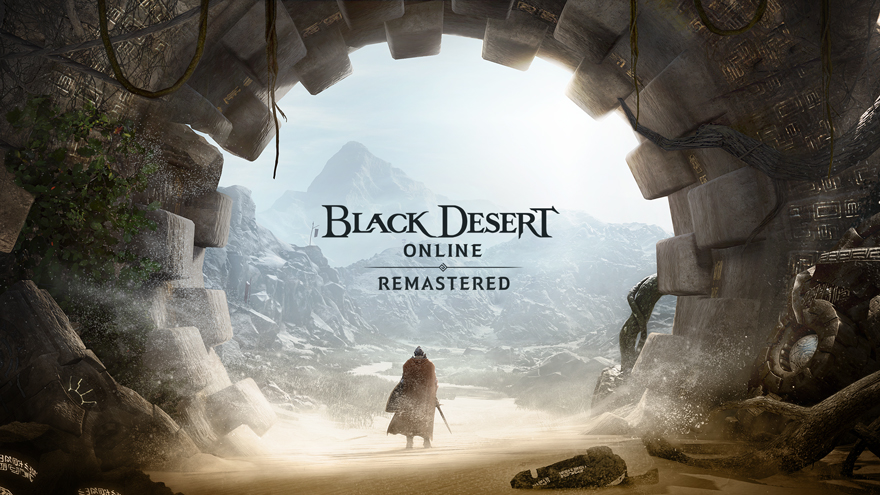 ● Changed the CI and BI that are displayed when launching the game.
● Changed the NA/EU watermark.
● Expanded the ESC menu shortcuts. You can now register more menu shortcuts to browse through with your left/right buttons or mouse scroll.
- Use the Edit Menu function at the upper left-hand corner of the ESC Menu to register new shortcuts.
● In-game mail with expiration dates will now display the date on the lower portion of the mail separately.
● Improved in-game mail list to display when the mail will expire.
● Fixed the issue where the item icon in the Item Count UI were covering parts of the UI.
● Fixed the issue where the item count for other items or junk loot was displayed incorrectly after the UI displayed a completed Marni's Stone.

● Changed the security program to Easy Anti-Cheat.
● Added Korean and Japanese voice-overs for NPC voices.
- Go to Settings → Language → NPC Voice (Language) to select different languages.
● Fixed the issue where using resurrection/revive skills that change your physical location during Node/Conquest Wars would sometimes make you reconnect to the game.
● Optimized the chat server.

● We have good news for adventurers that received pearl shop coupons from the 2021 February Pearl's Blessings. If your coupons expired due to the fact that the Pearl Shop was closed, we will be sending you the same coupons again. For details, please check the upcoming patch notes.

● Fixed the graphical issue with the helmet when Lahns would equip the Desert Camouflage outfit.
● Fixed the issue where using the Escape function in the Menu at the entrance of Hystria would sometimes move you inside Hystria.
● Fixed the issue where your character could get stuck in certain parts of the Scarlet Sand Chamber.
● Fixed structures that seemed unnatural at Terrmian Beach.
● Fixed some of the text displayed in the Old Moon Grand Prix.
- Changed [Players who leave during a race or while waiting will not be able to enter the racetrack for 3,600 minutes] to [Players who leave during a race cannot return to the racetrack for 3,600 seconds.]
● Fixed the issue where the Red Battlefield description on rewards listed the incorrect number of Red Seals awarded to the losing team.

We hope you enjoy your time in Black Desert,