● Improved the motions of your character and ship to appear more natural when boarding Rowboats and Fishing Boats.
● Changed any summons to be immediately unsummoned upon equipping a Hunting Matchlock or a Sniper Rifle.

● Prime: Evasive Explosion Shot - Fixed the issue where Invincible would be applied on cooldown in certain situations.

● Full Moon Wall - Fixed the issue where an unnatural text would be displayed on the description.

● Outta My Way! - Fixed the issue where the visual effects would remain the same when your Shai wears the Twinkle Star outfit.

● Improved so that you don't switch to F-targeting mode, even when the Black Spirit's Rage is 100% or higher, when there are no bullets loaded on your matchlock.

● Changed the Ship License: Epheria Cog to be registerable at the Outpost Supply Port.

● Cherry blossoms have fully bloomed in time for spring in the world of Black Desert.

The Current Location feature or the so-called "ping" feature, that we said we would improve was categorized into four different patterns: Attack, Moving, Command, and Warning. This change was made so that you can use the feature more efficiently. We also added images for Adventurers who have trouble distinguishing colors.
In addition to the improved "guild ping" feature, we are working on a "guild marker" feature for guilds that allows you to mark locations on the World Map. We hope this "guild marker" feature can be used in a variety of ways including marking enemies' nodes and defense points, designating attack routes for allies, and more.
We are planning to apply the "guild marker" feature so that you can see it clearly on the World Map as well as the gameplay screen like the "guild ping" feature.
We will make our best efforts to ensure guild members can enjoy strategically coordinated guild combat together.
● Improved so that you can use a wider variety of pings when using the Show Location to Guild Members (') feature.
- Pressing Alt + ` or holding ` will display the Ring Menu. You can select Attack, Moving, Command, Warning pings from the menu.
- You can use the ping selected by pressing `.
- If you don't designate the type of ping from the Ring Menu, it will be displayed the same as the ping used before the update.
- You can select the type of ping by either pressing Alt + ` or holding ` on the World Map. You can also use guild pings by pressing CTRL + LMB.

Improvements will be made to the "arrange" feature on your inventory. You can use this improved feature for your inventory as well as your storage in a variety of ways including "Auto Arrange," sorting by grade, enhancement level, weight (LT), capacity (VT), or equipped parts, as well as in "Ascending order" or "Descending order." We hope this feature gives you the flexibility you desire.
● Improved the "arrange" feature so that you can arrange items in your Inventory (I) and storage depending on the settings.
- In addition to the "Auto Arrange" feature, you can now arrange items by item grade, enhanced level, LT, VT, and gear slot.
- Improved Auto Arrange so that you can arrange your inventory in "Ascending" and "Descending" order.

● Changed the color of the War Hero Ranking UI and added medals to be displayed according to ranking (1st, 2nd, 3rd). 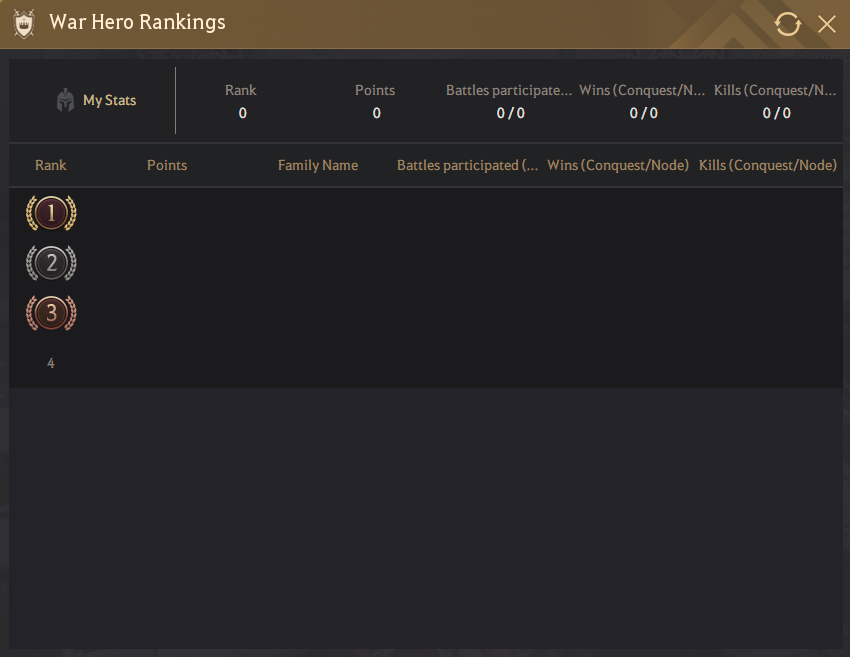 ● Changed the information window displayed when equipping an item a season character cannot equip to be displayed on a different part of the screen.
- Before: Displayed depending on the location of your mouse cursor
- After: Displayed in the upper center of the screen
● Added the text, "There are no summoned pets." that'll be displayed when using pet feed items via Feed Pet without taking out any pets.
● Changed the design of the "Mount Inventory" button on your Storage to a checkered pattern.
● Added the junk loot obtainable in the following monster zones that you can see from the Item Drop UI to be displayed.
- Polly's Forest: Mushroom Hypha
- Loopy Tree Forest: Fadus Armor Fragment 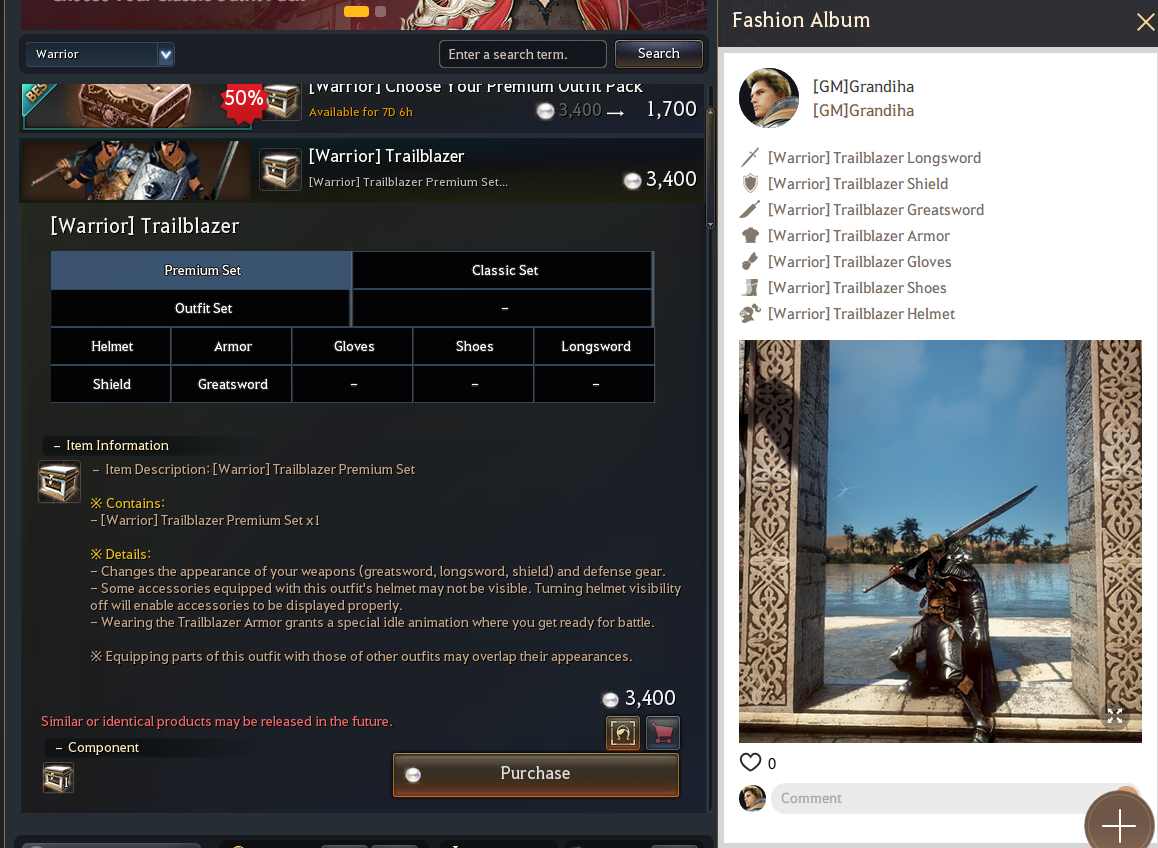 ● Improved the area of the UI where you can select classes on the Beauty Album.
● Improved so that you can use the keyboard to adjust the camera angle from the Take Photo screen on the Beauty Album and Photo Gallery.
● Removed the previous Skill Combo Guide videos and replaced them with the new Skill Combo Guide videos.
● Adjusted the placement of the "See Details" button on the New Update banner on the upper right of the screen.
● Fixed the issue where the banners on the official website would appear abnormal sometimes.
● Changed certain font sizes and button colors on the main page.
● Improved access to My Information for all users and devices for all websites serviced by Pearl Abyss.
● Improved the search and URL link sharing of the Partners page to display content related to the page.
● Fixed the image on the top to display properly when making payments on the official website.
● Fixed the GM profile images to appear on the Adventurer's Board.
● Improved the area where you enter the ID/PW on the Black Desert launcher so that you can used the Ctrl+A hotkey.
● Changed the BI of Black Desert TV.
● Changed the Popular Creators tab to display posts within the past year by default for the Beauty Album.