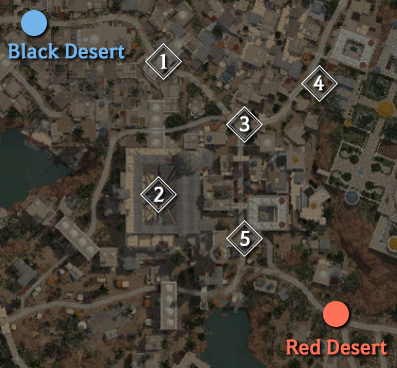 - The area is marked for each territory, and you can occupy the relevant areas when only your allies are in them.

- Each team can earn 1 point per second for each area occupied. The team that first earns 3,000 points wins.
- Occupying an area takes a certain period of time and timer progression will stop when an enemy enters the area.
- You can continue occupying the area by defeating all enemies encroaching upon the occupied area.
- Also, strategies and cooperation are important since a debuff will be applied to reduce a certain level of damage reduction and evasion stats around the occupied areas.
* Please note that you must deactivate non-combat stance (from Tabs and Skill Use) to enter the combat zone from the starting point of each team. 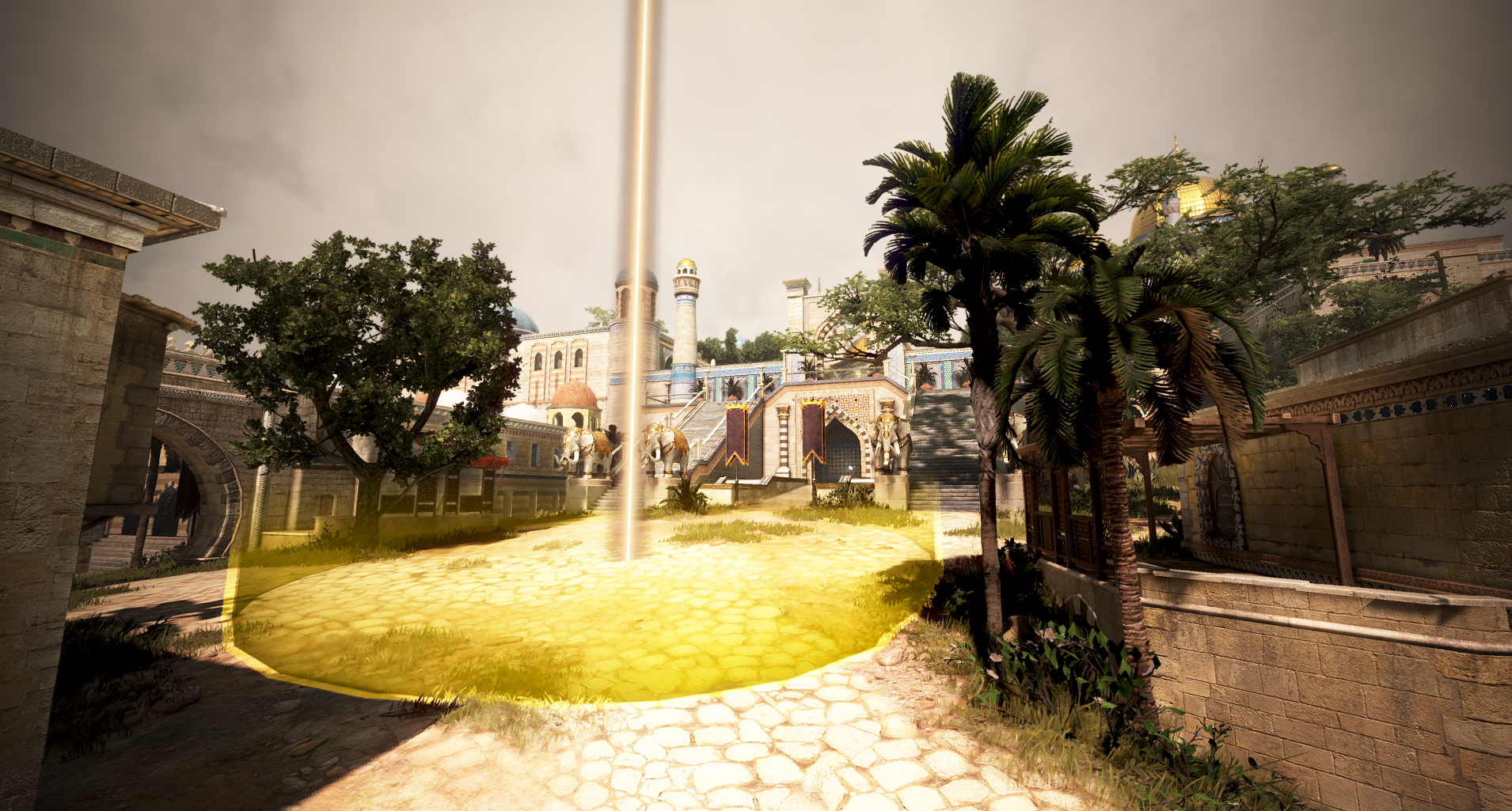 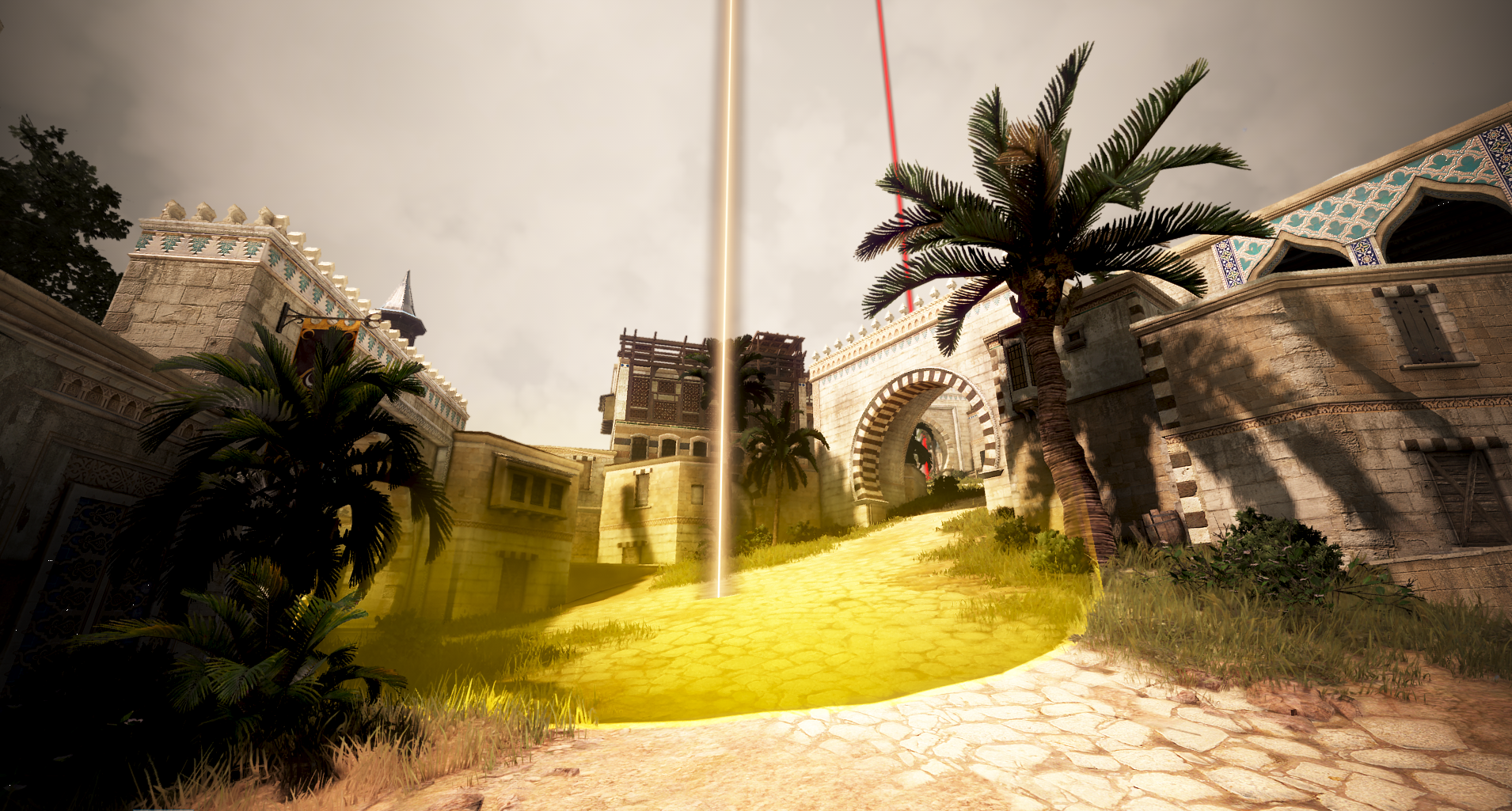 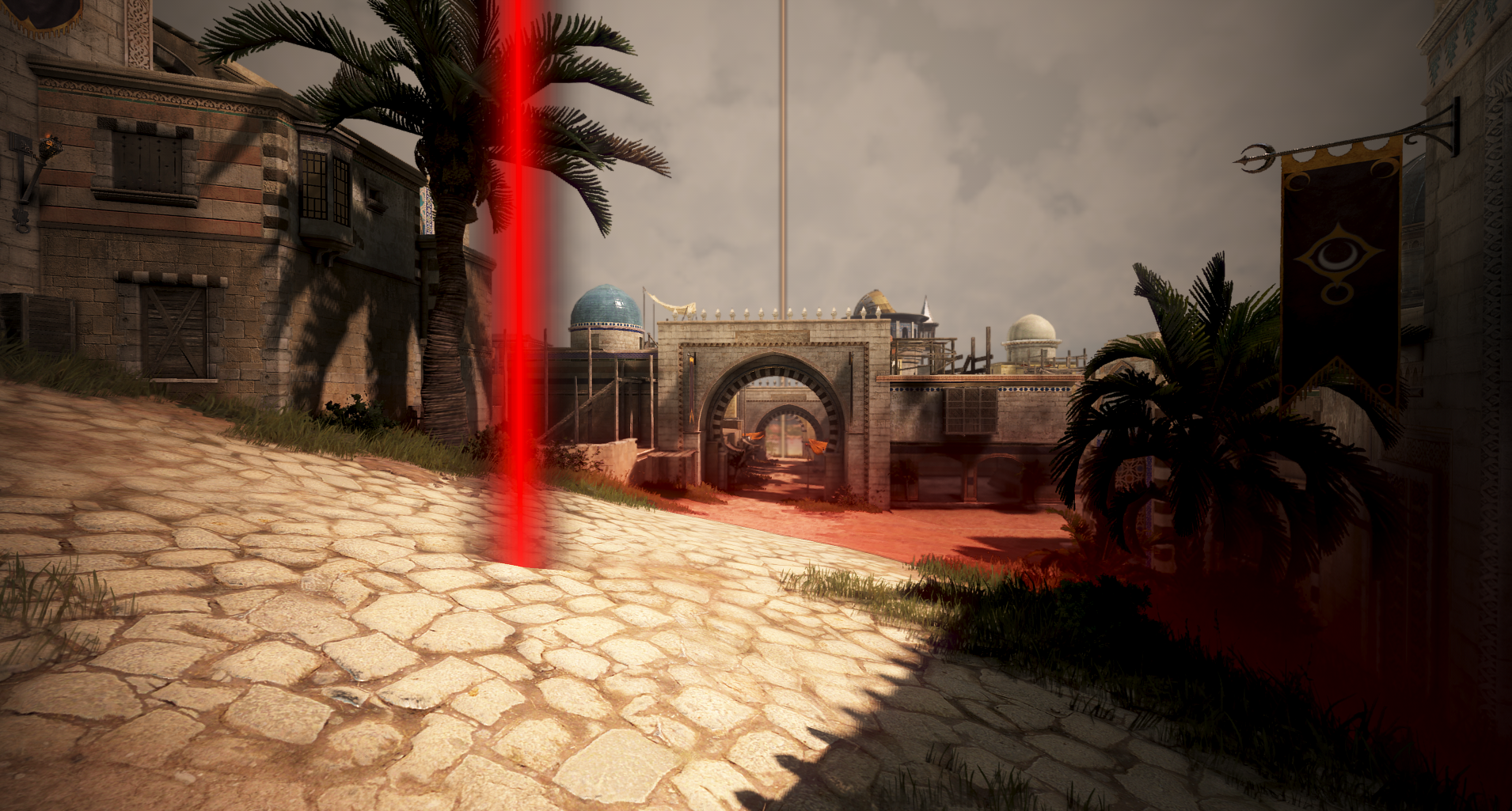 Valencia City was added as a new battlefield for the Red Battlefield.
For the Red Battlefield in Valencia City, you can earn points by occupying areas instead by defeating opponents. The rules by which areas are occupied in Valencia City allow our Adventurers to plan out their plays strategically such as taking over opponents' occupied areas, defending allies' occupied areas, and suddenly attacking opponents in the busy city streets. However, since you can win by occupying areas for certain periods of time instead of defeating your opponents under these rules, a debuff to damage reduction and evasion stats will prevent you from resting on your laurels.
We will continue with our updates to provide a more seamless and enjoyable PvP experience for our Adventurers.

● Swirling Darkness - Fixed the issue where the commands for the skill were being displayed abnormally on the Skill Guide UI.

We received a lot of feedback from our Adventurers playing Ninja that the damage for Serpent Ascension decreased drastically after our Class Reboot. With the Class Reboot, we adjusted the relatively high damage stats for Serpent Ascension so that you can use the other skills more. However, there was the issue where lower damage stats than intended were applied, so we took a look at the skill again from the beginning. In the process, we thought that decreasing damage in PvE was unnecessary, which is why we adjusted it back to its original stats and only adjusted the damage in PvP. Also, we adjusted the attack area to improve upon the great difference in damage applied depending on the distance traveled, so that damage would be applied evenly.
● Succession: Ankle Cutter - Added the following text so that the description on defense effects and debuffs match the actual effects.
- Forward Guard during the skill
- Bound on hits (PvE only)

● Savage Somersault - Alleviated the issue where you couldn't combo into Skull Crusher in certain situations.

● Flash Step - Fixed the issue where the "Quick Slot available" text would appear in the description.

● Core: Eradication - Fixed the issue where the icon was different from the icon for the normal version of the skill.

● Fixed the issue where the Skill Demos for skills that summon the Slippery Scallywags would not play properly.

● Added so that you can now obtain Caphras Stones when butchering the following hunted monsters after Hunting.

Although Hunting is a life skill with its own unique appeal in the Black Desert world, many of our Adventurers have expressed disappointment even through our CalpheON Ball in not being able to obtain Caphras Stones from it. We improved the Hunting content so that our Adventurers can now obtain Caphras Stones, making it a more fulfilling and rewarding experience.
● Changed the ratio of Caphras Stones extracted and the Silver cost to extract to the following starting from Dec 29, 2021 (Wed) after maintenance until Jan 12, 2022 (Wed).

● Please note that there will be a Dark Rift event after maintenance on Jan 5, 2022 (Wed). 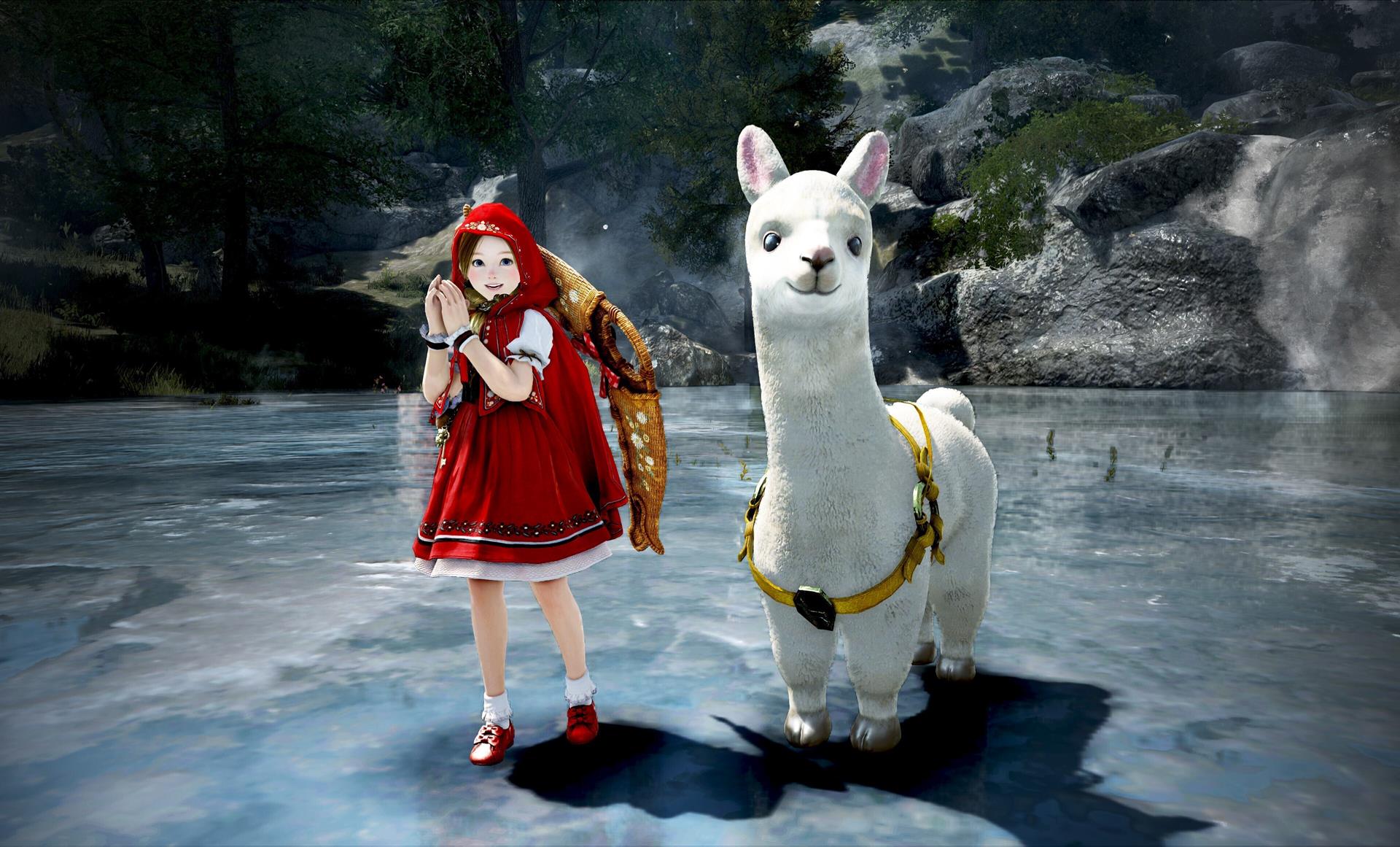 ● Changed so that you cannot change directions by moving your mouse during midair motions during Wings of Wind, Wings of Freedom, and Flight, skills of Arduanatt and Mythical Arduanatt.

● Changed so that the sound from Grace Lauren's voiced dialog and base dialog wouldn't overlap during the Atoraxxion main questline. 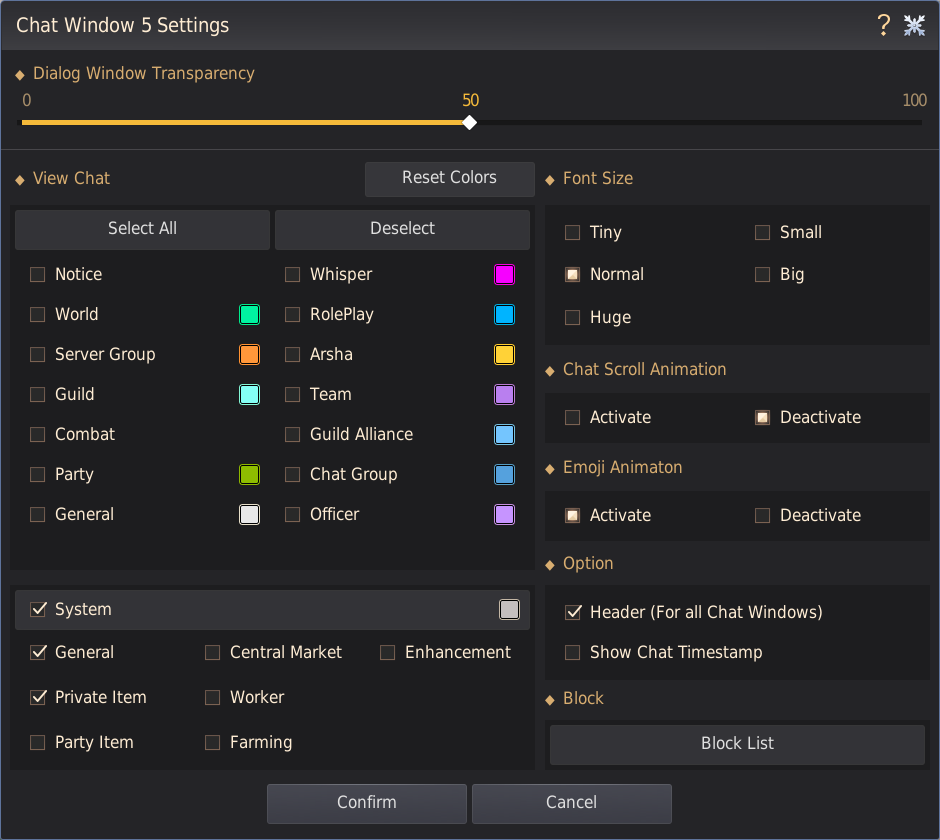 ● Improved the usability of the Chat UI.
- Changed to apply transparency settings immediately to the Chat UI when adjusting transparency of chat windows via the Chat Window Settings UI.
- Improved so that you can adjust transparency for each chat window even when they overlap, without having to separate the chat windows.
● Slightly adjusted the length of the Storage per Territory area of the screen on the Nearby NPC UI.
● Added a notification text that will be displayed when selecting a menu from the ESC(New) Menu that you cannot use.

● Changed so that you cannot use the Item Copy and Single Copy functions with a character that has Karma below 0.
● Optimized memory usage when initially logging into the game.
● Optimized the Party widget UI.

● Changed the Pearl Shop to not display loot box probability items for Adventurers logging in from regions where we cannot confirm their location due to relevant laws.

● Changed the My Page → Acoin Purchase · Usage History page to display purchases within the last week.
● Adjusted the distance between the main menu at the top of the official website and the menu at the bottom of the page.
● Fixed the issue where the cookie usage agreement pop-up appeared when redeeming a coupon.
● Changed the video in the sign-up page.
● Added a default image to the profile pic.

● Fixed the issue where the text on the Give Gift button on the Pearl Shop would appear abnormal.