Interviews with the Owners of Masterpieces

Interviews with the Owners of Masterpieces 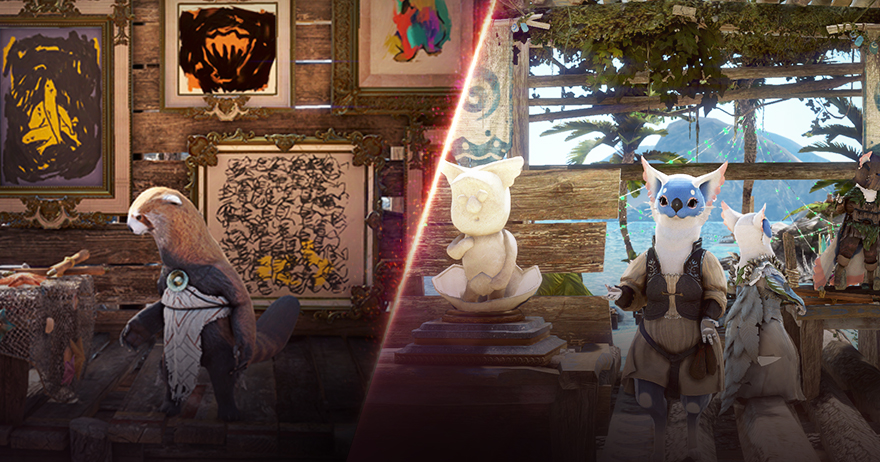 After the auctions of the Thousand Years Masterpieces at Terrmian Beach came to a close, we reached out to the winning bidders to interview them about purchasing the masterpieces created by Kakuo, the

Otter artist, and Parapura, the 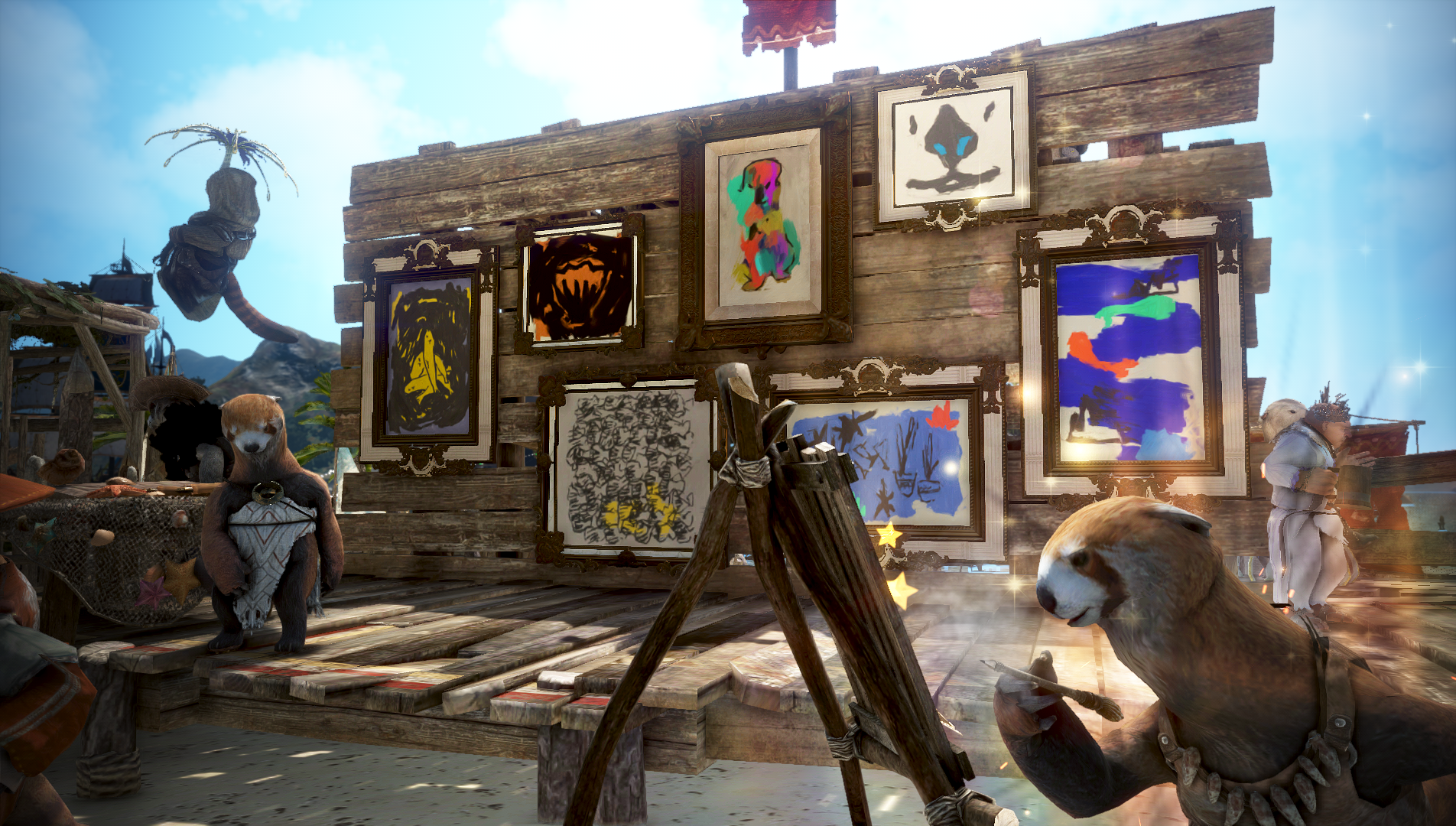 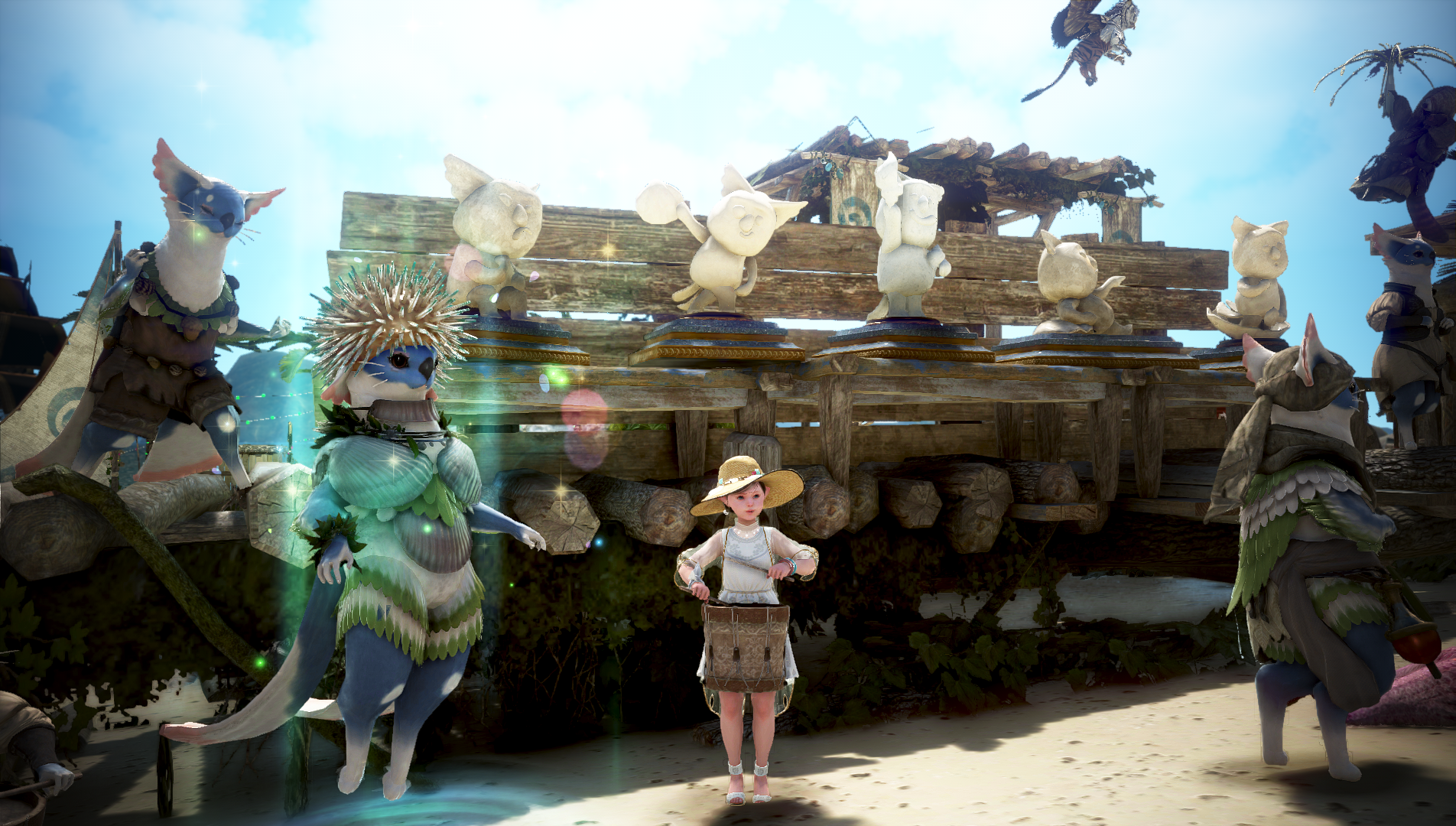 💬 Take a good look at your masterpiece and then interpret it for us. (For those of you who are art enthusiasts, we'd like to hear your expert critique!)

[Adventurer Jirym]
It's like a cloud of color that catches the eye before falling on an animal that takes shape there. It's always wonderful to see because it gives the impression of having a second painting hidden in the blur of the first.

[Adventurer  Baumschlaeger]
First I thought, one of the GMs, possibly GM Erethea took her children to work, they see some otter and papu stuffed animals at work and got some color-pens to draw something. But then I realized, that the lines were too ... placed, well placed. As if someone decided exactly to put them in that order. The colors also matched if you see some scenes ingame. Some of my guildies said, they see fish in the picture, some say otters cuddling. I think one of the best things about art is when a picture lets you imagine what YOU want to see in it.

What I liked about all of the statue art pieces, was that they were all references to real life art. The statue I got "Birth of Aphrodite" was a reference to the Birth of Venus painting. The statue itself, while being very simple in design, still conveyed those same emotions of innocence with its posture and facial expressions as the original did. The design with its small inconsistencies and ruggedness in the details adds a feel of playfulness and comedic parody, yet the pedestal it stands on is gold plated and marble. Those together give it this contrary atmosphere that is interesting and thoughtful. As Venus is a goddess of prosperity and victory among other things, maybe the statue will give me the much needed luck in game as well.

💬 Let us in on your decorating plans. Where will you put your new masterpiece and why? What are some good companion pieces that will go well with it?
(Please submit a screenshot of your masterpiece and where you installed it! We'd also appreciate any explanations you have about your screenshot as well.)

[Adventurer Jirym]
I decided to put this painting in the entrance of my main residence. The most appropriate room is necessarily the one where I spend the most time. I placed it at the level of the kitchen in front of the tea room. It lets me see him when I'm cooking for guild quests, and in RP he's at the entrance to the residence and in front of visitors when they sit down for tea. 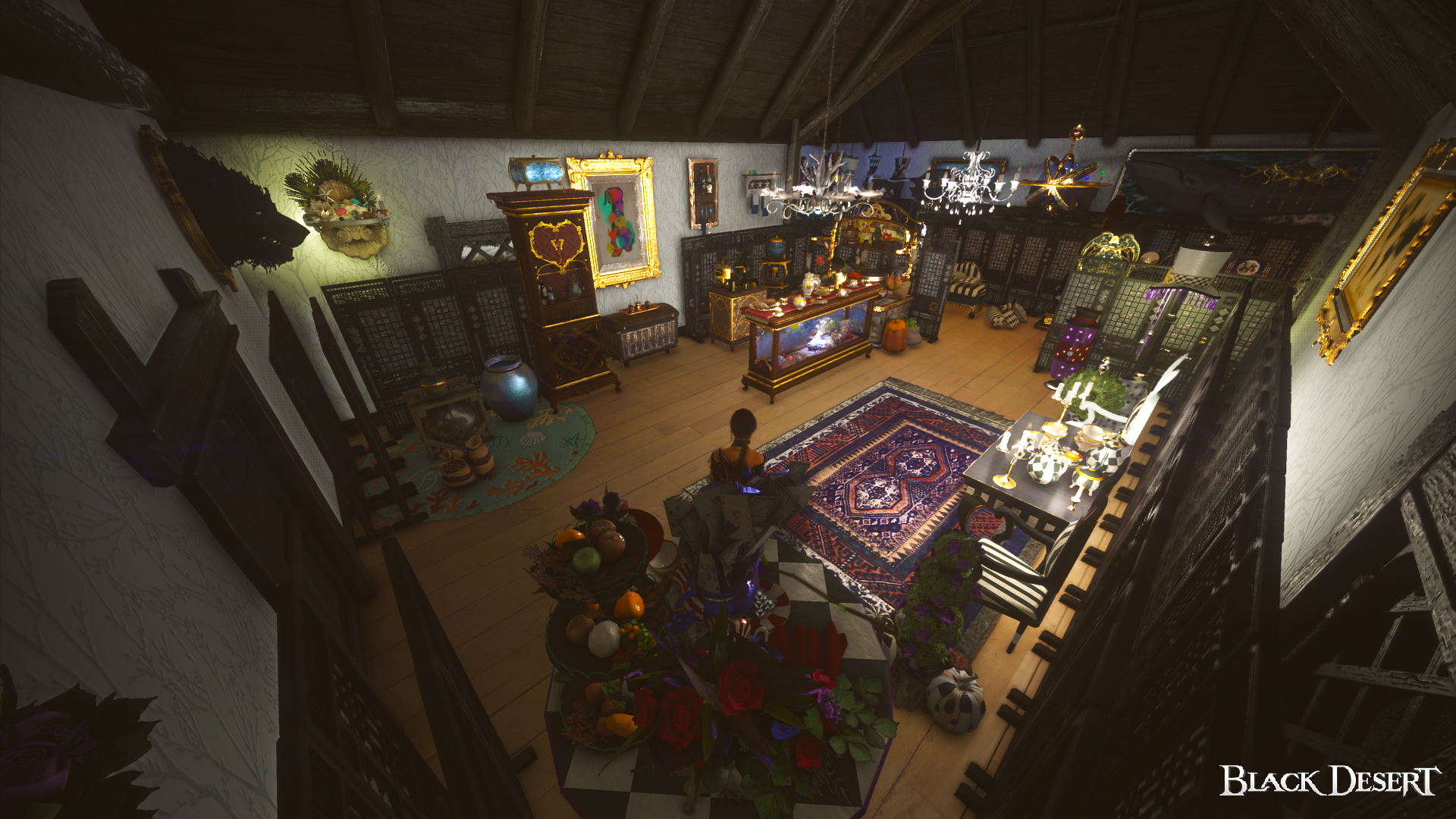 I knew I wanted the masterpiece to have its own spot, one that stood out but also wasn’t so out of place that it made no sense so I went to the mansion and moved some things around, placed a proper table for it and decorated around the statue. Couple of candles and tulips on a winter table make the whole thing look rather unique yet fitting in the manor I decorated thus far.

A small papu of liberty, surrounded by light and coziness and of course the little flames that the other statue of liberty would be holding. Adding tulips, the best flower to it and it makes for the perfect spot.

The statue will be placed inside my manor. I always welcome visitors as I have put a lot of effort into it. My plans are to make a spa-ish area on the smaller wing and that statue will become one of the decorations there. The plan of making that spa has been on my mind for a while now, and when I saw that statue, I immediately knew I needed it there as it would fit very well with the theme. I'm still working out the details on how I want to decorate it overall and testing different items and whether it's even plausible to do with the items available currently ingame. But even if it ends up not being possible at the moment, I have hopes that we will receive more Manor items in the future that would make it all doable. 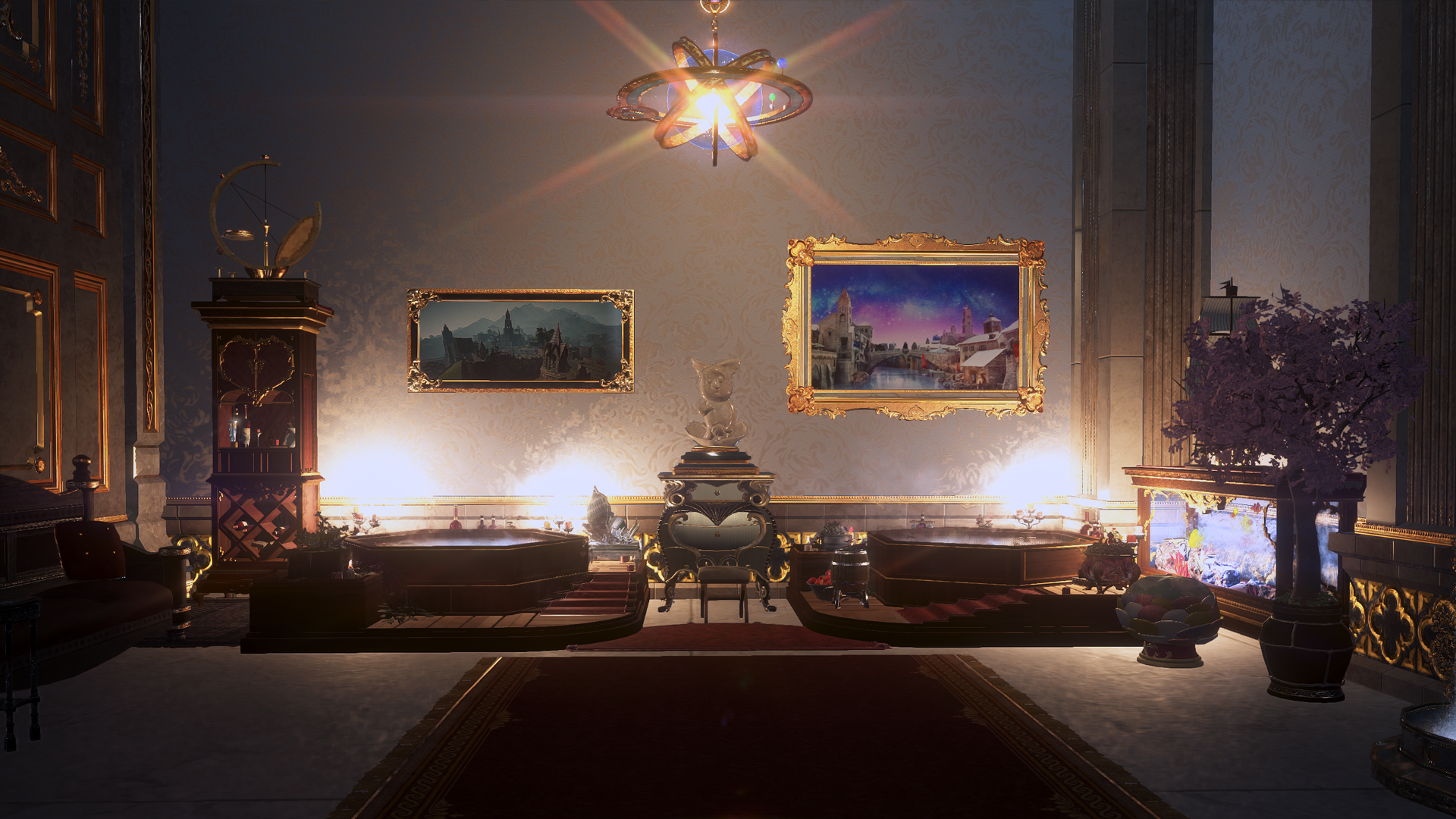 For now I've been holding on to it in my character's inventory because friends keep asking me to link the item, but I plan on putting it in my Halloween themed house, which is why I bid on the orange and black painting called "Papu". 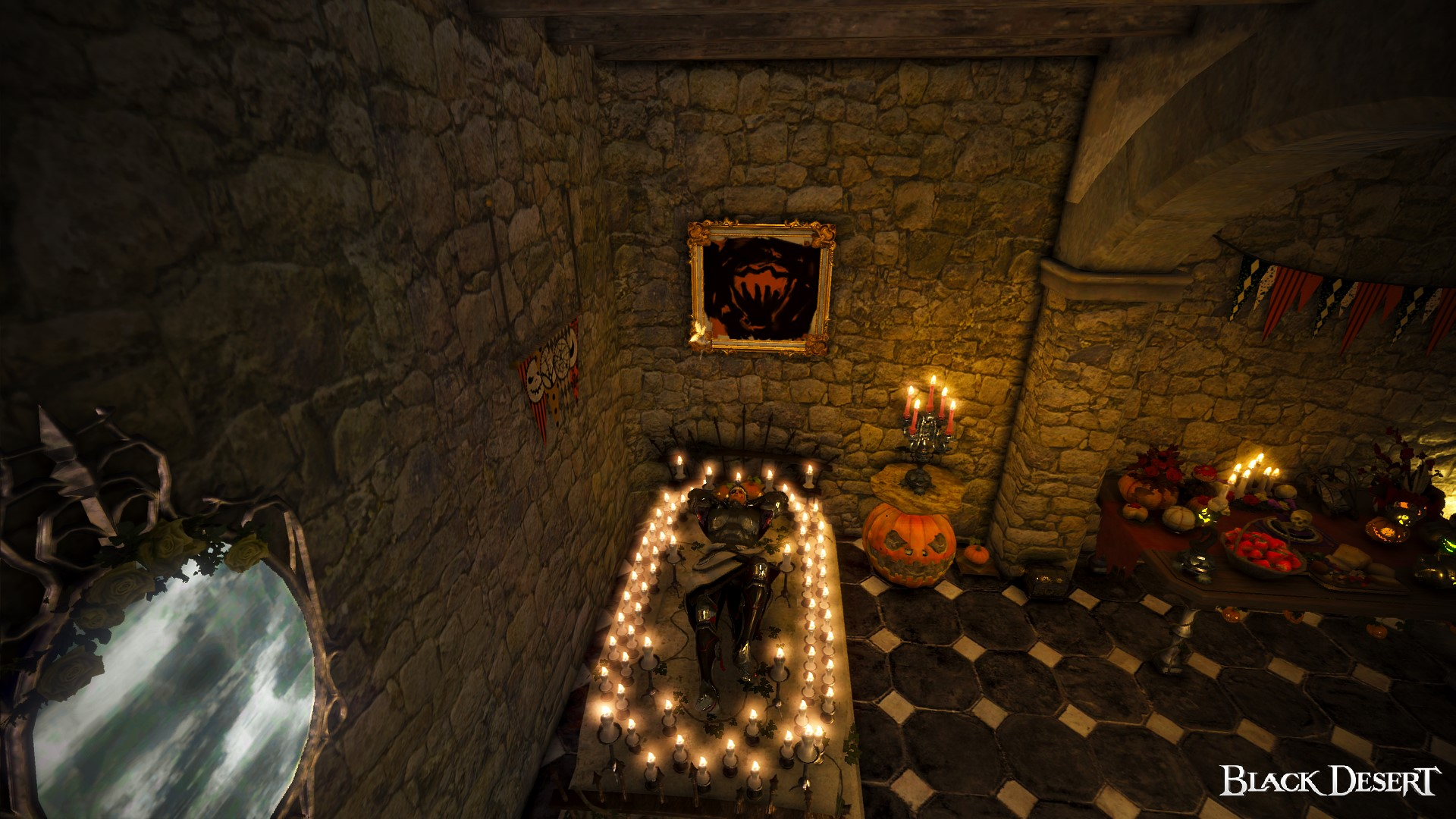 💬  You can only choose one... regardless of which masterpiece you acquired, are you Team Otter or Team Papu? Let us know the reason behind your alliance.

[Adventurer Jirym]
I'm Team Papu, I've discovered them several times all over the Kamasylvia region and find them adorable every time. I meet my papu workers when they go to work, I always do the papu quests first on Papua Loutrena, and I meet barter agents papu more often on the beaches. Their presence in the game marked me much more than the otters.

I chose Team Papu because I love the Kamasylvian aesthetic. The design and style are more to my liking over the otters.

Papu is my alliance because I like beating people with sticks. I am a greatsword Warrior main for a reason.

💬  Would you like to leave any comments for the artist of your masterpiece? (i.e. to either Kakuo or Parapura)

[Adventurer Graypolar]
Good work from Parapura, one can only imagine the mastermind behind this fantastic artwork. It's out of this world, brilliant work. Silver well spent!
If I may add another comment regarding this type of "auction" event:
I really like this kind of stuff, I would love to see more auctions held ingame selling maybe super rare exciting stuff, or also more common things. It could be a fun type of content provided by the game 😄 I'm kind of sad I missed those old auctions held for the black pegasus that was sold (and maybe other auctions? I had a longer bdo break at that time). Since I'm back, I dont think I've seen a single auction in bdo. I can see it being hard making special unique items - but maybe one every year or so shouldnt be to hard, no? 😄 Well, thats just my kind of liking in bdo.

[Adventurer Rosinake]
To Parapura: Not many can become famous for their art during their own lifetime. I think Parapuras talent speaks for itself, anyone would be lucky to own or even be able to witness one of their works!

A big thank you to everyone who enjoyed the event, and special thanks to the Adventurers who joined us for interviews!

Although the first auction has come to an end, the remaining two auctions are still to come. If you want to be an owner of such magnificent masterpieces, make sure to check out the auctions in the Black Desert world!

And before we go, here’s a list of all the Adventurers worldwide who won auctions in their own region!