Not only are the empowered World Bosses making more likely to appear during the event, but you’ll also be able to obtain Old Moon Boss Seals from defeating Field/World Bosses!

* You must damage the “Empowered World Bosses” by at least 0.01% of their HP (shared across all servers) to receive loot.

* The Empowered World Bosses are incredibly powerful and have many different attack patterns. As the empowered nature suggests, you can get more valuable loot by defeating them, so make sure not to miss them!

■ Learn how to defeat the World Bosses.

- Defeat the World Boss during the event period for doubled drop rates for the items below!

* The World Bosses will not appear on the Season Arsha, Arsha, and Olvia servers.

* The amount of Intact Nouver's Reverse Scale and Bloodlit Eye of the Desert you can obtain will be doubled, and their item drop rates will be unchanged.

* You cannot obtain [Event] Old Moon Boss Seal by defeating Vell, the Heart of the Ocean or Katzvariak.

② Bring the [Event] Old Moon Boss Seal to NPC Jetina and exchange them for the items below. 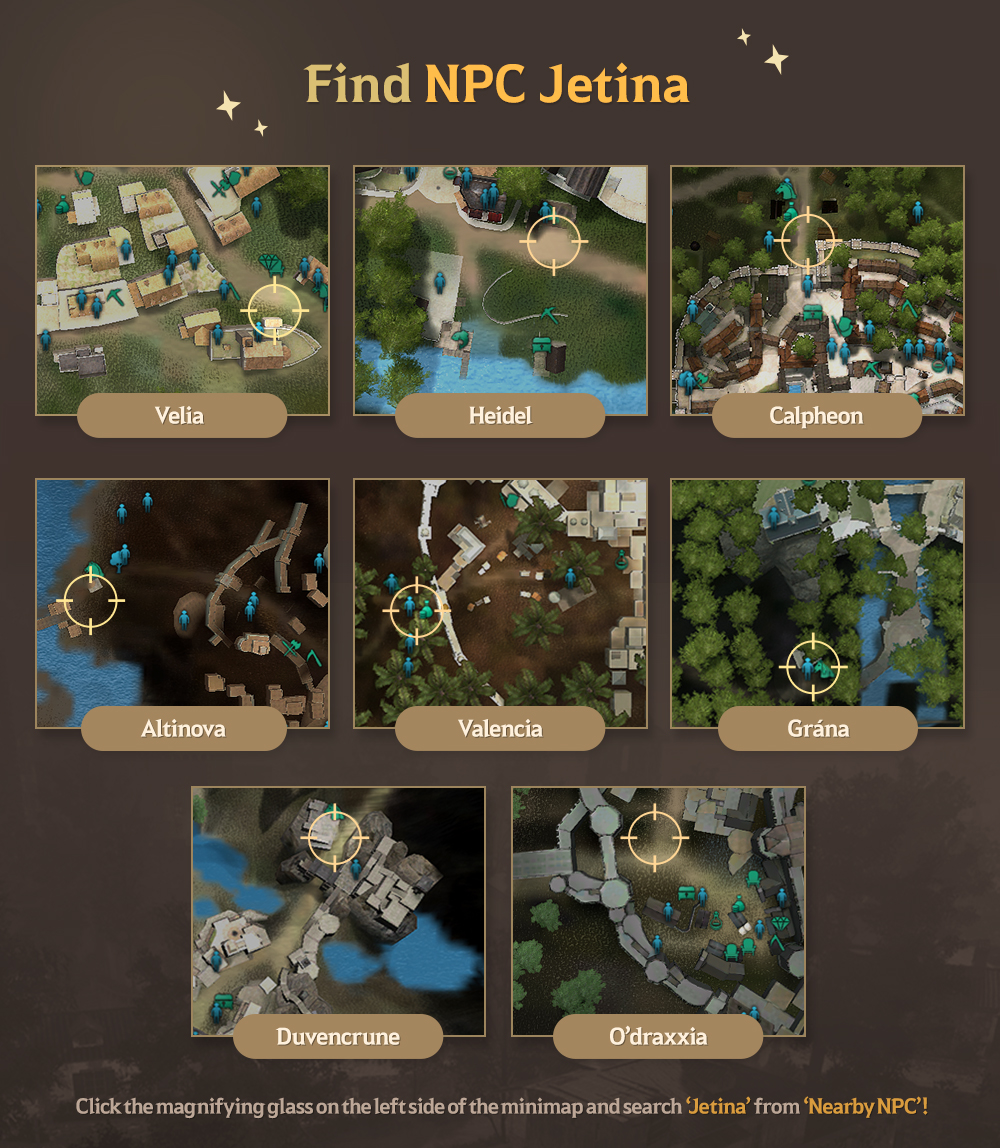 * The [Event] Old Moon Boss Seal can still be exchanged after the event ends.

- The World Boss spawn areas may include Combat Zones, so please pay close attention to your character’s safety. We are unable to provide any compensation or recovery assistance if you suffer losses due to normal in-game mechanics.
- Pearl Abyss reserves the right to change or cancel the event depending on mitigating circumstances. If changes are made, they can be found on this event page.
- Event items may have restrictions (sale/trade) and/or different binding settings/expiration dates. Due to this reason, these items cannot be transferred or restored.
- For details such as whether the item is bound, please refer to the in-game item description.
- Items and/or rewards that were used normally cannot be recovered.
- Participating in the event using inappropriate methods may result in a cancellation/retrieval of your reward(s) and/or restriction from the game.