The final PvP tournament of the year is now underway! This time, we're hosting a guild, 3v3 tournament:

Does your guild have what it takes to win?

Teamwork is the key to victory, so we're going with a full 3 vs 3 format for this tournament!

- If there are an odd number of participating teams, a random team will receive a bye.

- Match schedules may be changed, modified, or canceled at any time as needed.

- This tournament may be streamed through official Black Desert channels (Twitch, YouTube, Steam, etc.) Should this be the case, a detailed streaming schedule will be announced at a later date.

- Only guilds whose guild masters have purchased the entry ticket from the Arena of Arsha NPC located near Robb in Battle Arena-1, and have submitted the entry form will be eligible to participate in the tournament.
- Guild masters will sign up and note down their guild’s name and team members’ names on the entry form.

- Guilds that were in an Alliance at the release of the notice may also apply to enter the tournament as a single team. The Alliance leader must fill out the signup form and purchase a ticket for Arena of Arsha.
Note: If an Alliance is fielding a team, no other guilds within the Alliance may apply to enter (Last Updated: 11/03/2021 22:10 UTC).
- Each guild will field a team of three main members and one substitute.
- For full details of rules regarding substitutes, please refer to the [Arena of Arsha – Best-In-Guilds Championship Rules]
- Duplicate class combinations are not allowed, including the substitute.
E.g., If the three main team members are Warrior, Ranger, Berserker, then the substitute cannot be a Warrior, Ranger, Berserker.

- The guild name entered into the sign-up form must not violate the [Black Desert Operational Policy]. - Each guild will only be able to enter the Arena of Arsha Best-In-Guilds championship with one team. In case of duplicate entries, only the latest submission will be counted and entered into the tournament. - If there is a discrepancy between your entry form and your actual in-game information, you may be disqualified from participating in the tournament. Please be sure to enter your information correctly. - If you do not attend every single match of your team, 500,000,000 Silver will be retrieved from the guild master's Central Market after the end of the tournament, unless you inform the GMs 24 hours prior to the start of your match. - After the sign-up period is closed your guild master will be invited to the Official Black Desert Tournament Discord. Please make sure to join the Discord to be fully updated and not miss any crucial information.

- Failure to follow the rules below may result in disqualification of the tournament, or loss of a match. 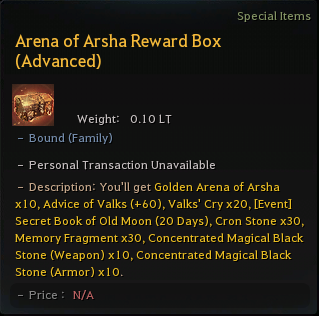 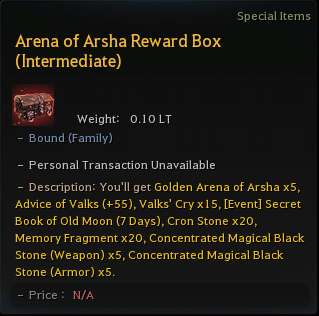 - The event rewards will be sent by mail (B) within 2 weeks of the end of the tournament.

- The title, [TBD], lasts for 90 days and will be given to every Adventurer who was in the guild at the time of notice release. Adventurers who are no longer in the guild or join after this notice release date will not receive the title.
- The Crimson Dragon Garmoth Summon Scroll summons the world boss, Garmoth. 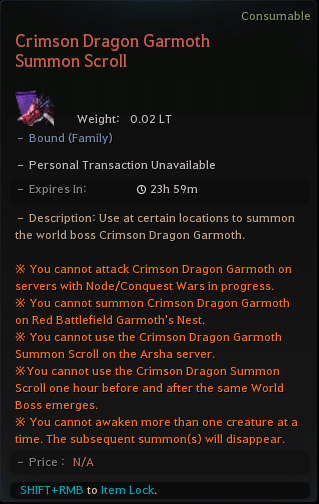 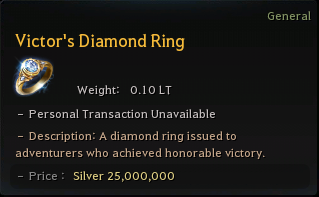 - Match schedules will be announced on the official website at a later date.

- If you interfere with the event in any way, immediate action may take place, and compensation and recovery will not be possible in the event of additional damage.

- If your account is penalized for conduct that violates the Terms of Service, etc. before the rewards are given out, your rewards may be canceled.

- Items and/or rewards that were used cannot be recovered.